Petrobras announces construction of 13 new platforms: Shipyards are on alert 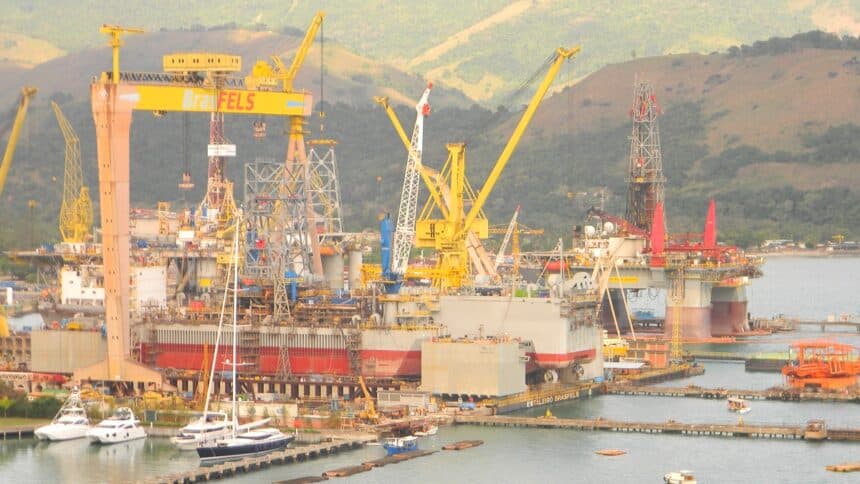 THE Petrobras participated in the event “Implantation of Offshore Base as a lever for regional development” yesterday(12) and announced that the Santos Basin will receive 13 more platforms by 2022, of which 8 will be from the state-owned company itself and the others from companies that win the bids . The event took place in the city of Guarujá and was attended by national, state and municipal authorities.

Pedro Parente highlighted that operations in the Santos Basin in the last 10 years ended up multiplying and of all these planned platforms, 2 thirds will be destined for it. Production capacity is expected to reach close to 2 million barrels daily. The president of Petrobras says that it is essential that the auctions resume as soon as possible so that there can be the maximum number of companies operating in the assets of this sedimentary basin.

In the naval environment, this pronouncement by Petrobras fell like a bomb and opens precedents for the Brazilian movement in the sector, since the state-owned company has started some negotiations with Brazilian shipyards, as an example, Sete Brasil has already entered into all the procedures to resolve pending legal proceedings and resume construction for Petrobras as soon as possible. There are informal conversations for the implementation of an offshore base for the company in the city as well, there are already studies in this regard to ascertain the feasibility of the project.

Due to the crisis and the financial difficulty it causes professionals who have been trying to reposition themselves in the market, Click Petróleo e Gás will pay for boarding courses and qualifications for followers, that's right you read! CBSP, HUET, NR's, IRATA AND OTHER COURSES TOTALLY FREE! Find out what the requirements are to apply for the courses by accessing here.

Tags:
previous post Flood of vacancies in many maintenance companies this March 12th
next post Odebrecht is back with everything and starts hiring for civil construction works