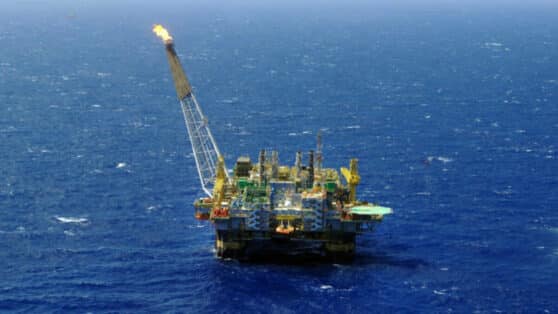 Two initial wells of the oil recovery project by Petrobras and Equinor are already starting with drilling services and the companies expect a big increase in daily barrel production with the initiative.

Petrobras and Equinor recently announced the start of production in the first two wells of the Roncador oil recovery increase project. Until this Friday, (29/04), it is believed that the initiative will take almost five months to make the increase in the daily production of barrels of fuel even greater, since this process makes it possible to recover a good part of what would be discarded. of the raw material.

Petrobras and Equinor have teamed up to develop a new initiative that aims to increase oil production and make the exploitation of the resource in the national territory even more efficient. Thus, the start of production of the first two wells of the oil recovery increase project marks a major step forward for the companies to achieve these results over the next few months with the drilling of even more wells in Brazil.

In addition, Equinor announced that, with the start of production in the first two wells, the oil recovery project is already advanced by almost five months and currently has a reduction by half the cost designed by the company and Petrobras. With this new initiative, the wells will add around 20,000 barrels of oil equivalent per day to Roncador, raising daily production to approximately 150,000 barrels, in addition to contributing to sustainability at the site, since the process reduces emissions. of polluting gases in the atmosphere.

This is just the first phase of the fuel recovery project and, in addition to these two wells already drilled, Equinor and Petrobras will drill another 18 wells over the next few months, as a way of speed up the project further. With this, companies will have enough resources to increase production by up to 160 million barrels, since the recovery of oil will ensure that this resource is fully utilized within the production chain of these locations.

Petrobras has teamed up with Equinor to ensure more technological efficiency within these operations and, with the adoption of cutting-edge technology and improvements in the infrastructure of the wells, the first 6 wells that will go through the drilling process will have a total cost of the works reduced by up to 50% . In addition, the first two already had this savings in expenses and companies are now moving forward in search of more technologies for the rest of the initiative.

Thus, Veronica Coelho, Equinor's manager for Brazil, celebrated the project and stated: “We are very proud of what the partnership between Petrobras and Equinor has achieved, delivering this project ahead of schedule and under budget. This milestone demonstrates the partnership's ability to increase production and value through technology. Petrobras will leverage its experience as one of the largest deepwater operators and pre-salt developers in the world and Equinor will leverage its technology, knowledge and decades of experience in IOR on the Norwegian continental shelf”

Finally, the companies announced that the project's projections aim to increase recoverable resources by a total of 1 billion barrels of oil equivalent and that these numbers are expected to be further expanded by the end of the initiative.