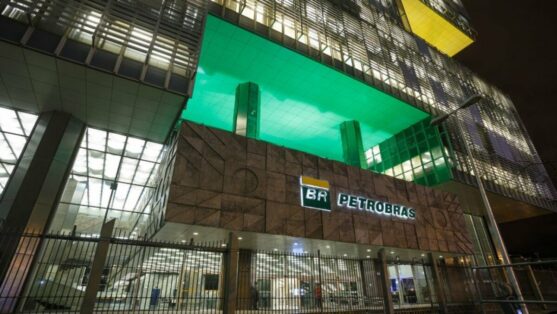 The studies by Petrobras and CTEx could further expand the manufacture of this structure for the growth of the oil and gas sector, since the new carbon fiber technology will enable greater efficiency in these equipment.

THE state-owned Last Monday, (05/02), Petrobras announced studies on the new carbon fiber technology in partnership with the Army Technological Center (CTEx). Thus, a total investment of R$ 30 million will be applied to this new project, which aims to expand the production of equipment for the oil and gas sector with fiber produced from pitch.

In a partnership that aims to bring new alternatives to the oil and gas industry, Petrobras joined CTEx to develop a new carbon fiber technology produced from pitch. Thus, it will be possible to enable a new production chain for the equipment that is used in this sector with this new initiative by the companies. In addition, the oil and gas segment will benefit more efficiently in the manufacture of structures that require this material.

With this, the Petrobras and CTEx project will have a total investment of R$ 30 million from the National Fund for Scientific and Technological Development (FNDCT), an agency linked to the Ministry of Science and Technology. And, after completing the initial studies for the start of manufacturing the material, the Brazilian Army plans to expand the scale of production of this material, which is lighter and stronger than steel. This is a strategic move to bring a more sustainable, efficient and even more productive solution to the oil and gas industry.

Petrobras is at the forefront of the project, seeking to bring a new use for oil tar residues and manage to apply them in this new carbon fiber technology. The state-owned company claims that oil is the essential input for the development of various products and cannot be limited only to the fuel sector. Thus, the company's project with CTEx could bring a new scenario to the equipment industry aimed at the oil and gas segment in Brazil.

Carbon fiber is a material widely used in several industrial segments in Brazil, but mainly in oil and gas, since it has a density close to plastic and guarantees more benefits in the production of equipment. Thus, this new carbon fiber technology can be used in the manufacture of large equipment, passing through the aerospace, automobile, defense sectors, in addition to structural engineering.

Thus, the general manager of the Petrobras Research and Innovation Center (Cenpes), Antônio Vicente Castro, commented on the relevance of this new technology for the sector and also stated that “The technology developed by the Petrobras and CTEx partnership to obtain fiber from carbon from decanted oil (tar) is an alternative to production technologies based on other raw materials, such as coal tar, for example, which may present environmental restrictions”.

Petrobras' partnership with CTEx for new solutions for the oil and gas segment has been going on since 2003 in Brazil. And now, companies intend to further modernize the sector with new, even more technological and efficient alternatives over the next few years.

Tags: Carbon fibergasPetrobrasPetroleumtechnology
previous post Climatempo, GIZ and EPE come together to create a platform with the largest database on the interference of climate in the generation of solar and wind energy in Brazil
next post It started! Job vacancies at Marlim Azul 1 thermoelectric in Macaé, selection process at the door tomorrow (04/05) and resume in hand