Petrobras informs that it receives only R$ 2.80 per liter of gasoline for each R$ 7 paid on average by the consumer, and readjustment in fuel prices is necessary so that the Brazilian market continues to be supplied, without the risk of shortages 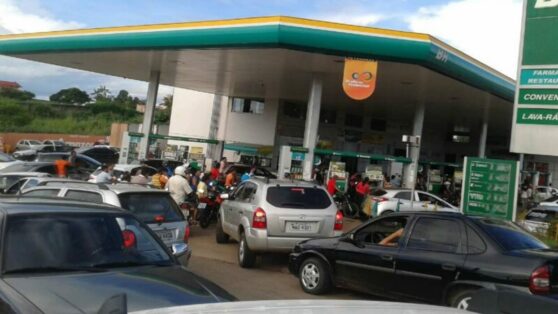 Adjustment in the price of gasoline and diesel serves to remunerate all the investment made by Petrobras for exploration, oil production, refining, transport and oil derivatives

After the increase in the prices of gasoline, diesel and LPG, Petrobras made a statement and informed on April 23 that in relation to recently published reports comparing gasoline prices sold to final consumers in Brazil and in other countries, the state-owned company clarifies that the price of gasoline sold in the Brazilian market is the market price, of economic equilibrium and which ensures that the supply is sufficient to meet national demand.

It is important to highlight that the values practiced by Petrobras are different from those perceived by the final consumer in retail.

Petrobras also informs that according to the ranking of GlobalPetrolPrices.com, the average price of gasoline to the final consumer in Brazil is lower than the price practiced in more than 50 countries.

According to the state-owned company, in the case of gasoline, until it reaches the consumer, taxes are added; costs for the acquisition and mandatory blending of anhydrous ethanol; in addition to the costs and margins of distribution companies and resellers.

From the average price of R$ 7.22 per liter paid on average by the consumer, according to the ANP's weekly price survey for the week of 04/10 to 16/04/2022, Petrobras receives R$ 2.81. This market value, in addition to allowing imports to occur to meet local demand, serves to remunerate all the investment made by Petrobras for exploration, oil production, petroleum refining, and transportation of oil and derivatives.

“It is worth emphasizing that the prices practiced by Petrobras in the sale of fuels to distribution companies seek at the same time (i) to maintain a structural balance with the prices practiced in the global fuel market and (ii) to avoid passing on the volatility of international prices and the exchange rate, marked by conjunctural events.” the state-owned company said in the statement.

Tags: fuelDieselethanolGasoline
previous post Naves do Conhecimento provide 13,000 places in free online courses in the areas of technology, computing and entrepreneurship
next post Lockdown blocks cargo transport in China and prevents ships from loading or unloading in the world's busiest port