Petrobras: a “job hanger” like Shell, Repsol and Total? 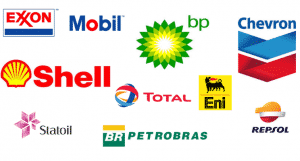 [supsystic-social-sharing id='1′]You, like me, must have heard that Petrobras is a “job hanger”, which is much less efficient than the other oil companies in the world, which have a lot of people working there, among other similar comments. But is this really true? I was curious and looked for some numbers to validate or not the question. I evaluated the nine largest oil companies listed on the New York Stock Exchange, and the result of the analysis is described below.

The first survey carried out was precisely to find out how many employees these nine oil companies have. I consulted annual balance sheets and information from the websites of the respective companies, with which I built the ranking expressed in table 1. The numbers express only the employees themselves, do not include the so-called "outsourced", as I did not find public data about this. of how many third parties work for these companies.

Table 1 shows that in relation to the number of employees, the Brazilian state-owned company is smaller than Shell, Total, BP and Exxon, occupying the fifth position. These numbers alone don't mean much, so I'll compare them with two important indicators: oil and gas production and each company's EBITDA.

Table 2 already brings interesting insights: the Norwegian Statoil, despite not having the highest production in absolute values among the listed companies, is the one with the highest production of oil and gas per employee. In comparison, the Brazilian state-owned company is ahead of giants such as Shell and Total, for example, in addition to being ahead of Repsol as well. Would Petrobras, Shell, Repsol and Total be “job hangers” then?

Finally, I compared the number of employees with each company's EBITDA (EBITDA expresses the profit obtained before deducting interest, taxes, depreciation and amortization), shown in table 3. I did not use net income as a reference because it is a result strongly influenced by accounting operations, which often do not reflect the companies' real cash generation potential.

Table 3 - EBITDA per employee of the Companies in question

Analyzing the results in table 3, we see Statoil again leading the ranking, with a cash generation per employee far above the other companies analyzed. Petrobras occupies the fourth position, ahead of several giants in the sector, such as majors Chevron, Shell and BP.

Given the above, it makes no sense to say that Petrobras is “a job hanger”, since its operating results are in line with the largest oil companies in the world, even better than some giants such as Shell when it comes to numbers. production and profitability by number of employees.