Panasonic announces investment of R$ 1.6 billion for the construction of a solar plant in Ceará that promises to generate 4 thousand jobs 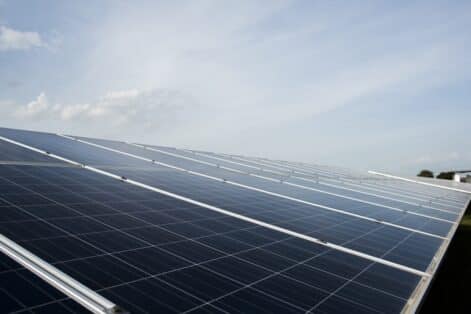 Panasonic is investing in its ESG agenda and for that it will buy solar energy from a plant in Ceará. The investment in the unit will be R$ 1.6 billion by the responsible company.

The technology and electronics company, Panasonic, announced this Wednesday (13) that, of the total energy consumed in its units in 2024, 60% will come from solar energy, which will be generated in the self-production model. The energy will be generated by Solar Complex of Intrepid, located in the municipality of Mauriti, in Ceará. The plant has the capacity to produce 500 MWp and will be responsible for around 65% of consumption at the company's factory located in Extrema, Minas Gerais. For the construction, operation and management of the solar power plant, the investment will be R$ 1.6 billion by the company responsible for the supply of photovoltaic energy, Pontoon Clean Tech, with which Panasonic signed a 15-year contract to carry out this project.

According to the vice president of home appliances at Panasonic do Brasil, Sergei Epof, this is an agreement via a consortium, with a 15-year contract with Pontoon Clean Tech, the company responsible for investing, operating and managing the solar power plant in Ceará, while Panasonic is responsible for paying and contracting the energy used.

The initiative forms part of the company's global ESG agenda, which is advancing several actions in order to fulfill the Environmental Vision 2050. In all Panasonic units there is already a verification system in accordance with current environmental legislation.

In Brazil, the company compensates for all CO2 emissions and the plant in Extrema (MG), which is responsible for the production of the company's washing machines and refrigerators, was the first in Latin America to have the Zero CO2 Emission seal, granted by the Japanese headquarters. . In addition, the company is already part of the sustainability pillar in its products, always aligning new technologies in projects focusing on the environment.

According to Epof, investment in renewable energy it is in line with the Environmental Vision 2050 strategy. In May of last year, a global goal was announced to bring the company's total net CO2 emissions to zero by the next decade. In the country, this is already a reality at the company's units even before the deadline, through offsetting the purchase of carbon credits.

Panasonic's efforts will be for the electricity created by its services and products to exceed the use of its manufacturing processes by the year 2050 or even earlier. Achieving more than 60% of self-production of energy, the company also stands out among other units in the world.

The Intrepid solar energy complex project in Ceará will have a total of 1,100 hectares and 935,000 solar panels installed, avoiding the emission of 400,000 tons of carbon dioxide annually. The works are scheduled to start later this year and should be completed by the end of 2023, moving more than 4,000 jobs to the community of the municipality in Ceará.

According to Pontoon's CEO, Marcos Severine, the company entered the market this year, where it offers the possibility to build the complete decarbonization journey of several companies, so having Panasonic as your ally in this sector in full expansion, means a big step for the company.

With this, Panasonic plans to lead the front of self-production of energy through the photovoltaic solar array compared to other companies in the same sector.