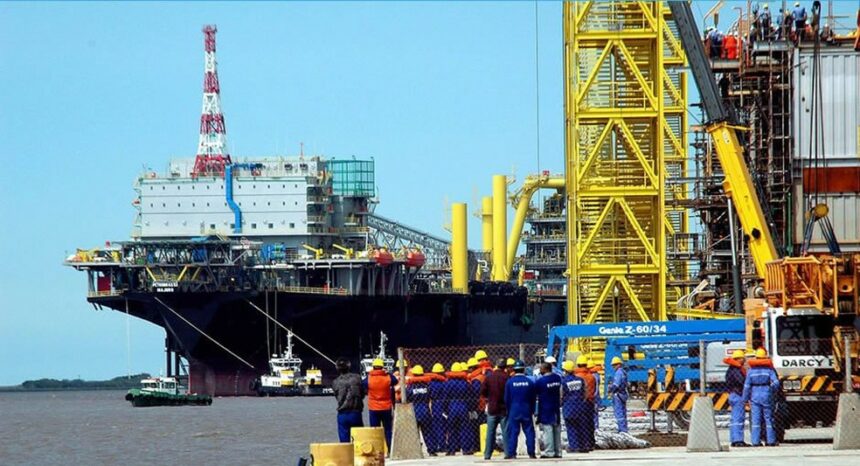 Offshore units that employed around 10,000 people in Rio Grande are already being cut. union protests

[supsystic-social-sharing id='1′]It's not sensationalism as unbelievable as this news may seem.  Unbelievably, Petrobras sold the P-71 and P-72 units to cut. The plants, elaboration, money invested, everything that was bought and countless months of work, are simply turning into cast iron at this moment in the Ecovix shipyard in Rio Grande do Sul. The company that is making the cuts is Gerdau after winning the bid a short time ago. Pedro Parente has been signaling for some time that he would take this decision in order to contain costs. Many protests because these works provided jobs for about 10,000 professionals.

The Metalworkers Union of Rio Grande and São José do Norte were already anticipating this “merciful guillotine” on the part of Petrobras in the naval industry in Rio Grande do Sul. Benito Gonçalves, who is president of the local union, says that it is a true violation of the nation and that he is directly harming workers, fathers and mothers in RS. The union has already filed a lawsuit asking for explanations that justify this dismantling. If the problem was technology for the reuse of these units, why did Petrobras not consider the interest of COSCO, a Chinese company that was willing to take over these platforms and carry out the rest of the work.

See the excerpt taken from the Petro Notícias website

“Benito Goncalves, shows all irritation when talking about this problem: “We have to consider every qualification of these people, every effort to become a metallurgist and throw people in the trash, along with these parts. Nothing justifies using an already worked material to be sold as scrap”.

This decision is the culmination of the neglect of Petrobras and the federal government, through the Ministry of Mines and Energy, with the gaucho naval hub. The state-owned company discontinued a series of orders it placed with Estaleiro Rio Grande. Gerdau will take all material to one of its steel mills located in the Porto Alegre Metropolitan Region.” Source: Petronotícias