One of the largest hydroelectric plants in Santa Catarina will be inaugurated by the end of the month and promises to serve more than 400,000 homes 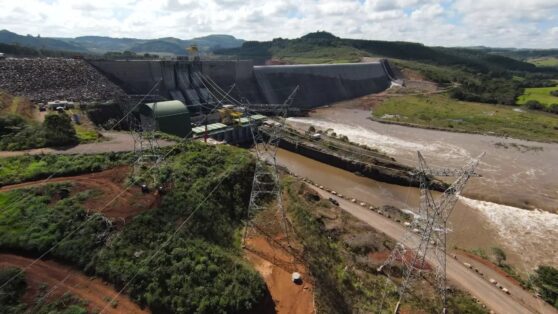 One of the largest hydroelectric plants in the country is about to start operating: With 95% of its works completed, HPP São Roque, in Santa Catarina, will have the capacity to supply 4 municipalities in the state.

São Roque Energética announced, this Monday (25), that one of the largest hydroelectric plants in Santa Catarina is in its final phase of construction. The unit, which already has 95% of its works completed, is named UHE São Roque, in the Southern Plateau of the State and is only awaiting authorization from the Institute of the Environment of Santa Catarina (IMA) to start filling the water tank. According to the agency, the estimate is that this will happen this week. Therefore, the estimate is to close the reservoir to start filling in the next few days, making it possible that by the end of next month São Roque can start generating and sending energy to the ONS.

Santa Catarina hydroelectric plant is one of the largest in Brazil

The deadline was brought forward even at the request of the National Electric Energy Agency (Aneel) and due to the recent energy crisis that Brazil faced. When completed, the flow of the hydroelectric plant will be approximately 33 m³/s.

The unit will be able to produce 141.9 MW, which is equivalent to the consumption of homes in the four largest cities in Santa Catarina: Florianópolis, Chapecó, Joinville and Blumenau. The project is considered the largest hydroelectric plant under construction not only in the state but in the entire country, according to the person responsible for the São Roque HPP, São Roque Energética.

The largest of the hydroelectric plants will be on the Canoas River, between the municipalities of São José do Cerrito and Vargem. However, the reservoir also covers Brunópolis, Frei Rogério and Curitibanos, while the power transmission line, which will distribute the renewable energy generated by the three turbines up to the connection with the SIN, passes through Abdon Batista.

The largest of the country's hydroelectric plants received R$ 1.1 billion in investments

One of the great differentials of the largest hydroelectric plant in SC is the regularization reservoir, which means that it will be possible to store water for the dry season, similar to what happens in large projects in other states.

The pace of works was reduced in 2016, when the plant in Santa Catarina already had 80% of its structure finished. Only the conservation and maintenance activities of the facilities were maintained. The total amount invested is R$ 1.1 billion and the works were resumed in July last year.

According to the project coordinator of Usina São Roque, Ênio Schneider, the new value for the conclusion of the remaining 5% of the work in Santa Catarina is from R$350 to R$ 400 million. This amount is intended for the set of activities, both the works of the hydroelectric plant with the transmission line, as well as socio-environmental issues, including the indemnification of properties. It is worth mentioning that the state participates in the financing package through the Regional Development Bank of the Far South (BRDE), with R$ 140 million.

MME recognizes the importance of the SC hydroelectric plant

In an email sent by the MME to the IMA, the unit was reinforced as essential and a major highlight as it is a headwater plant, making it possible for the regularization of all existing plants downstream and, given that it will be a accumulation reservoir, will play an essential role in water storage.

This is because in addition to the 142 MW generated by one of the largest plants in the country, the structure that has a reservoir that will still expand generation in other plants below it. as is the case of the Garibaldi plants, located in Abdon Batista and Campos Novos, between the municipalities of Celso Ramos and Campos Novos.

Tags: hydroelectric plantsinvestmentsConstructionSC - Santa CatarinaPower planthydroelectric plant
previous post Ambev and Budweiser launch 'The Energy Collective', an action that aims to bring renewable energy to establishments around the planet
next post Ministry of Infrastructure holds a meeting to discuss the privatization process of Codeba ports with a focus on cargo handling strategies