Oil and gas sector should receive investments of R$ 175 billion by 2030; says IBP

per Daiane Souza
-
–
in Economics, Business and Politics, Oil, Oil and Gas 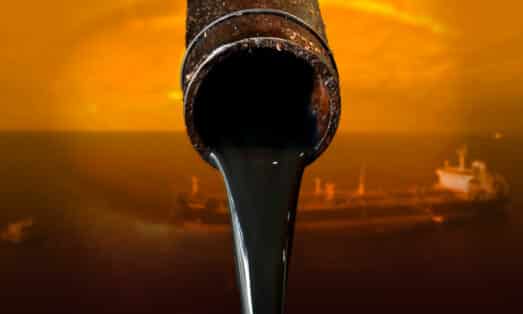 The IBP, also being referred to as the Brazilian Institute of Oil and Gas, announced that it would be preparing its investment agenda and expectations for the years 2023 to 2030. According to the company, it is estimated that investments in oil, gas and oil will be at minus R$ 175 billion over these seven years.

When talking about the country's internal energy, it is estimated that the gas and oil sector corresponds to about 46% of all of it, being one of the biggest drivers of the Brazilian economy. In short, it is determined that this area alone is responsible for generating at least half a million jobs, managing to reduce the unemployment rate from the IBGE, which is already at 14 million in the year 2022.

In this current energy scenario, it is estimated that the industry plays a crucial role in providing energy to our society. Not to mention that it is precisely the industry, and not the agribusiness, that optimizes the GDP, Gross Domestic Product, more expressively. But for the year 2022, the ANIB estimates a development that does not even reach 1.5%.

Understand how the economy works through pathic video, see

The Youtube channel that is called Young Business People There is a video that will teach you to understand how the economy works through a practical video. Oil and natural gas are strong drivers of it and Brazil, like Petrobras, needs both items for export and import.

Industry and energy transition agenda is strong at IBP

Last Tuesday, April 26, the IBP industry agenda took place, which would discuss its expectation for the years 2022 to 2024: what is expected in the sector until then and what are the likely partnerships that can be made? Well, it is worth noting that the topics that were most discussed at the meeting were related to market structure, business environment, ESG agenda and energy transition.

The meeting sought to discuss what is driving the Brazilian economy and what is intended to pave the way for the energy transition from oil to renewable sources that are increasingly being applied to cars and other everyday items.

Eberaldo de Almeida Neto, president of the IBP, says that it is not possible to carry out any type of energy transition without using oil and gas. Altogether, it is estimated that our matrix already has at least 48% of all its supplies from renewable sources, which is well ahead of what is stipulated by the global source, which has only 14%.

Stronger carbon market, even more so when we are talking about green marketing

Neto says that the carbon market is increasingly strong in our economy and should intensify significantly by the end of this decade. In short, it is essential that incentives are provided by big brands so that not only they, but also small businesses, start to adopt more sustainable practices.

The entrepreneur argues that both people and brands are able to move in the economy through stimuli, and this can be done through green marketing, tax reduction and several other different aspects. The gas law, which would determine domestic and foreign market prices and, therefore, have a tabulation of values, was also one of the focus of the meeting.