Odebrecht settles its debts and invests in the construction's growth 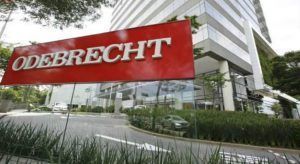 With a loan of 2.6 billion that Odebrecht obtained from 4 banks, the company claims promising projects

Odebrecht SA, the Odebrecht Group's holding company, has reached a financial agreement with five Brazilian banks that provides R$ 2.6 billion in new resources and at the same time extends, with lower interest rates, debts that would mature in the short term. Odebrecht will allocate an important part of the new financing to invest in its construction company, Odebrecht Engenharia e Construção (OEC), one of the flagships of the Group's revenue and the main reference for excellence in Brazilian engineering.

The OEC will receive funds to immediately pay, within the 30-day period after maturity, the amounts due on international bonds. The R$ 2.6 billion will be divided equally between Itaú and Bradesco, and released in two stages: one, immediately, in the amount of R$ 1.7 billion; the other worth R$ 900 million. The agreement also involved Banco do Brasil, Santander and BNDES, as it was backed by the appreciation of Braskem shares used as guarantees for previous loans with these institutions.

The conclusion of the negotiation with the banks also gives Odebrecht more confidence in honoring its financial commitments, including those resulting from the agreements signed with the authorities under its Leniency Agreement, and continuing on its path of transformation and growth.

“In addition to being another demonstration of the financial system's confidence, the agreement we have just signed is the greatest proof of the shareholders' confidence in the capacity of our members and in the technical qualifications of the Group's companies to deliver quality products and services, especially from Odebrecht Engenharia e Construção” – said Luciano Guidolin, CEO of Odebrecht SA

Odebrecht currently has some opportunities for its INTERNSHIP PROGRAM 2018 with around 30 vacancies. In the field of construction, she won two this year: The construction of the BRT in Belém, which was budgeted at 525 million reais and the works on the São Mateus Port Center in Espirito Santo, with two thousand five hundred confirmed vacancies.