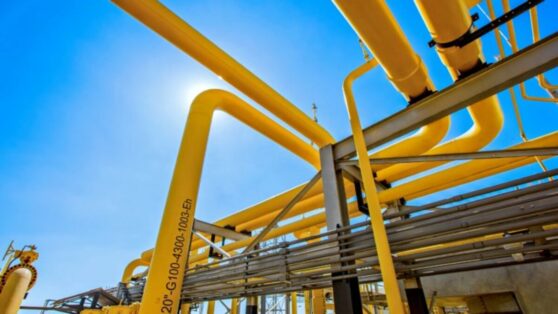 The natural gas market in Brazil is in need of more investments and new ventures and, with the signing of new contracts with Galp and Gasmig for the transport of the resource, NTS opens the door to new perspectives within the segment.

Nova Transportadora do Sudeste, also known as NTS, announced last Monday (25/04) the signing of two new contracts for the transport of natural gas between Galp and Gasmig. In this way, the company hopes to get a new look at the fuel segment in Brazil and, with these partnerships, boost the natural gas market within the national territory throughout 2022.

After lengthy negotiations with the company over the past year, NTS announced its two new contracts with Galp and Gasmig, for the supply of natural gas transport operations in Brazil. Thus, the agreements establish the transport of up to 300 thousand m³ of gas per day, in the entry and exit model, between the Tecab entry point, in Macaé (RJ), and the exit zones MG1, MG2, MG3 in Minas Gerais. , for the supply of companies.

In addition, the contracts came into force from immediately after the signing of the papers and are expected to remain stable until the end of 2022, while the companies will have the support of NTS in the natural gas market in Brazil. These are the first agreements executed by NTS in the interruptible modality, which allows the use of idle capacity already contracted in the company's structure and thus guarantee more productivity and efficiency in operations with the natural resource.

With that, NTS commercial director, Helder Ferraz, celebrated the signing of the contracts and affirmed their relevance for the expansion of the national market: “These contracts represent an important step for NTS, which expands its customer base, and also for the gas market in Brazil, as it allows the presence of new shippers at this opening time. We are proud to collaborate with the dynamism and diversification of the gas environment in the country and we are open to evaluating any interruptible contract demand”.

Gasmig's contract with NTS is the first gas supply agreement signed by the mining distributor with the private sector and is a new commitment by the company to diversify the transport of resource in your production. This is the way the company found to reduce its dependence on Petrobras operations and enable partnerships with other companies that provide this service in the Brazilian natural gas market.

Thus, the signing of contracts for the transport of natural gas in interruptible mode ensured much more control and productivity for the company, since NTS will offer a capacity that is operating idle and will now enter Gasmig's network. In addition, NTS will achieve greater competitiveness in the market for this resource and, consequently, even more investments for operations within this sector in Brazil.

Thus, NTS concluded by stating that it is increasingly investing in infrastructure and technology in the natural gas transport market in Brazil in order to be able to further intensify its operations and its presence within this segment in the national territory.

Tags: galpnatural gasgasmigNTStransport
previous post Portocel starts testing the new technology used in the terminal for a dynamic draft with more efficient maneuvers on the ships in the port
next post Investment plan of R$ 8 billion in infrastructure works in the Port of Santos will bring expansion in the number of exports