per Roberta Souza
-
–
in Renewable energy 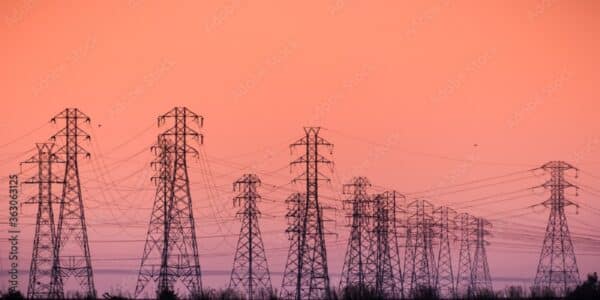 The investment will be for transmission lines to distribute wind and solar energy from the Northeast to the rest of the country.

The Energy Research Company (EPE) and the Ministry of Mines and Energy (MME) are forecasting investments of around R$ 50 billion in transmission lines to supply energy from the Northeast to the rest of the country in future years. The system will exceptionally serve wind and solar productions that have resources at tariffs that are paid for by all consumers.
According to data released by the Power 360 on April 27, the estimates, which have the year 2030 as a parameter, refer to the sum of the studies released by the EPE so far, which are the Northeast Region Generation Flow Study and the Regional Interconnection Expansion Study.

Investment in transmission lines is a record in the electricity sector

According to MME's Secretary of Energy Planning and Development, Paulo César Domingues, the planned value for transmission lines in the Northeast is a record if we consider the planning history of the electricity sector. According to Domingues, for the infrastructure to be more successful, the next step is to consolidate the installations of the transmission lines in the Northeast for the POTEE plan (Plano de Conorga de Transmissão de Energia Elétrica) and, soon after, to coordinate and prepare reports and complementary details. necessary.
According to consultant Thaís Teixeira, from EPE (Empresa de Pesquisa Energética), investments in transmission lines in the Northeast take into account a reference context of expansion of the installed capacity of renewable sources by 14 GW, reaching a total of 48 GW in 2030, taking into account only wind and solar sources.
In addition, the studies also saw the entry of approximately 8GW of installed capacity from thermoelectric plants, with 45% in the North and Northeast regions. These data show about 3.6 GW, an amount almost 4 times less than that of renewable energies.

Data collected by Poder360 show that subsidies for renewable energy are paid by consumers through charges on energy bill tariffs. In the years 2017 to 2019 alone, costs totaled around R$ 9.2 billion.
The result of charging these charges was an exponential growth, mainly in the solar source. According to data from Absolar (Brazilian Association of Solar energy Photovoltaic) the source has been advancing greatly in recent years.

Still talking about renewable energy sources, a publication of studies shows that the government remains in a flawed policy for the electricity sector where the focus is on the production of intermittent renewable sources, instead of valuing energy security using perennial renewable sources, such as the natural gas. According to data, the Ten Year Energy Plan 2031 prioritizes transmission lines over gas pipelines, but while an expansion of 19% for transmission lines is projected, the pipeline infrastructure should advance only 2%. Therefore, the foreseen scenario maintains the decline of the introduction of gas pipelines in the Brazil which makes the Brazilian gas pipeline infrastructure the least developed among the countries of America.
Faced with the scenario of non-use of perennial renewable sources, Brazil, in 2021, went through the worst water crisis in the last 91 years. With the volumes of reservoirs of hydroelectric plants, wind and solar sources meet the SIN (National Interconnected System) at peak times. Furthermore, the country had to resort to the use of thermoelectric plants with very high costs, above R$ 2,500/MWh.