Nissan and NASA team up to revolutionize electric car batteries in the world: solid-state batteries will be so stable they can be used in pacemakers and promise to charge EVs in just 15 minutes 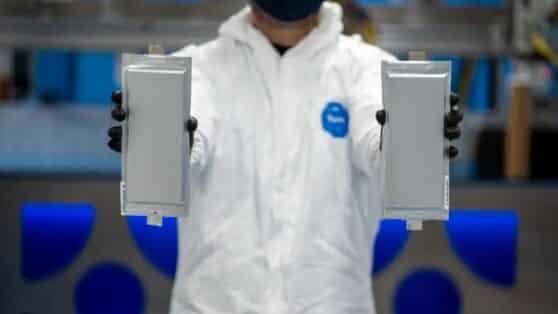 Nissan and NASA need to race against time, as several of the Japanese automaker's global rivals, such as Toyota, Volkswagen, Ford and GM, are also researching solid-state batteries.

Nissan is working with NASA to revolutionize EV batteries around the world! The new type of solid-state battery promises to charge electric cars faster, be lighter, safer, and be stable enough to be used in pacemakers, said the Japanese automaker on April 8.

Collaboration with the US space program, as well as the University of California at San Diego, involves testing various materials, corporate vice president Kazuhiro Doi told reporters. “Both NASA and Nissan need the same type of battery,” he said.

Watch the video below and check out the ambitious plan by the Japanese automaker and NASA to revolutionize electric car batteries around the world.

The goal is to create a smaller, cheaper solid-state battery that will replace the lithium-ion batteries currently used in Nissan's electric vehicles (and, indeed, in most EVs.) Ideally, the resulting battery would bypass the use of rare and expensive materials that power lithium-ion batteries, including cobalt and lithium itself. Battery safety and stability will also be a priority.

when finished, the battery will fully charge in just 15 minutes instead of the many hours required by current technologies (although this waiting time can be significantly reduced by the use of direct current fast chargers). This speed potential can change the charging landscape, making the “refueling” experience more analogous to that of a traditional gas station.

Solid state batteries use solid electrodes and other components rather than relying on the liquid or polymeric components of lithium-ion batteries. Historically, they have been of low power density, but recent technological developments have renewed interest in exploring their use in EVs and other applications. With the need to get more people into EVs as quickly as possible to deal with the climate crisis, the more innovation on the battery front, the better.

To conduct their research, Nissan and NASA are using a computerized database called the "source material informatics platform" to test combinations of hundreds of thousands of materials to see what would work best. As already mentioned above, the University of California, San Diego, is also involved in the research.

THE The Japanese automaker's main EV offering so far has been the Leaf. The vehicle was truly ahead of its time when it hit the market in 2010.

The Nissan-NASA partnership is scheduled to launch a pilot plant in 2024 and a product launch in 2028. If all goes according to plan, the resulting battery could revolutionize EVs around the world.

Some of the main barriers to large-scale EV adoption are the expense and rarity of materials needed for lithium-ion batteries, as well as the time required to charge them. Several Nissan rivals are also researching solid-state batteries, including Toyota, Volkswagen, Ford and GM..