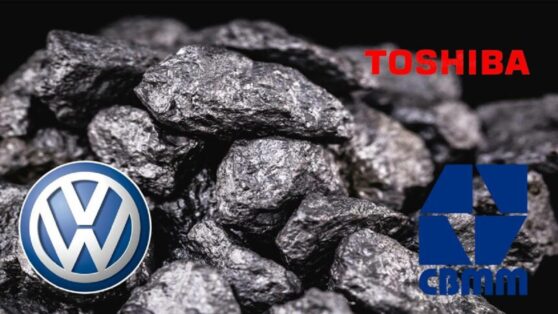 Electric cars are rapidly gaining in popularity, but some potential buyers remain hesitant. One big reason is that loading for this category of vehicles is slow. While today's drivers are used to filling their gas tanks in under five minutes, electric cars, depending on battery size and specifications, typically take at least 30 minutes to charge 80% at the fastest charging stations on the market. But this situation could change with the arrival of niobium batteries.

In five or 10 years, however, much faster charging may be possible. Companies are developing new materials for lithium-ion batteries, as well as new “solid-state” and niobium batteries that are more stable at faster charging speeds.

They could put recharge rates of 20 minutes or less at your fingertips. Meanwhile, a team of scientists recently designed a prototype lithium battery that, under laboratory conditions, can recharge more than 50% of its capacity in just three minutes – and do it again thousands of times without significantly degrading. That, the researchers say, could pave the way for batteries that can fully recharge in less than 10 minutes.

However, there are still science and engineering challenges to overcome before ultra-fast charging electric car batteries are technically viable and affordable. And some experts question whether electric cars that can be charged so quickly are really the future we want – at least with the electrical matrix that we have now.

Niobium nickel based batteries charge time is less than 10 minutes with no risk of damage or explosion, compared to 3-8 hours for more typical Li-ion batteries because niobium replaces graphite in the battery, says scientist L. Ribas.

Niobium batteries can be half the size of carbon-based batteries, but their lower energy density gives a range of 350km instead of 500km. The final price for both battery types should be the same, US$ 100/kwH.

“The magic number to tie with the internal combustion engine”, according to Ribas. “Battery technology is a compromise game: we still don't have a technology that can provide all the properties that end users are looking for. To have some advantages, you pay a penalty over others,” he said.

Currently, the main CBMM's product is ferroniobium, with capacity to produce 150,000 mt/year for the steel industry, accounting for 75% of the company's turnover of R$ 6.98 billion in 2020.

“The steel industry, including the high-strength alloy steel segment, will be our core business for at least 10 years, but we are looking to diversify,” said Ribas. “Our strategic plan is that batteries could represent 25% of our revenue 10 years from now.”

While adding 300km of range in 15 minutes is quick, it's a far cry from preparing for a trip in five minutes. Those expecting a charging experience like this might want to look forward to the next generation of battery technologies. One way to make a lithium-ion battery that can safely charge even faster is to use alternative anode materials.

For example, UK-based startup Echion Technologies has developed a niobium anode that does not promote lithium plating or dendrite formation. Batteries made from this material can be charged “as fast as you want,” says CEO Jean De La Verpilliere.

Its battery cell prototype can be charged in six minutes "without affecting battery safety or life," according to the developer. However, this fast charge comes at a price: Niobium anodes store less energy per unit mass than conventional graphite anodes. As electric car manufacturers tend to prioritize energy-dense batteries (which can last longer on a single charge) over ultra-fast-charging batteries, Echion is currently targeting other markets for its batteries, such as networked storage and tools. electrical.

Eventually, De La Verpilliere envisions that a version of these niobium batteries could be used in vehicle fleets where any downtime to recharge costs the company money. For individual drivers looking for more kilowatts, emerging solid-state battery designs hold promise.

In such batteries, lithium ions flow through a solid electrolyte, usually ceramic, rather than a liquid. As liquid electrolytes are flammable, this makes the battery safer. It also opens up the possibility of using different anodic materials that are more resistant to lithium coating and therefore can be charged faster.