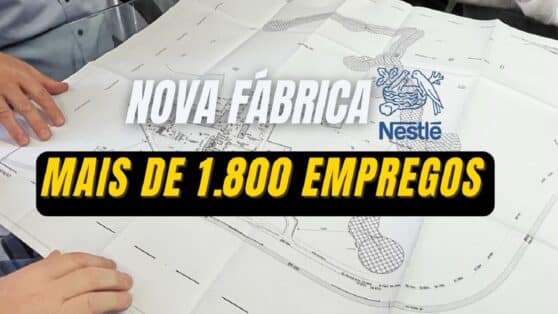 Nestlé is building a new factory in Vargeão, Santa Catarina, and will require 1,800 employees in the civil construction and assembly sector. In addition, the unit will also create 200 direct jobs when it comes into full operation.

This Monday (9), businessmen from Xanxerê attended a presentation on how to register to be a supplier during the construction of the new Nestlé factory, located in Vargeão, Santa Catarina. Interested parties met at the office of Lorenzon Incorporações so that they could follow Fiesc's direct broadcast in Florianópolis. The new factory is under construction and will need more than 1,800 new construction and assembly professionals.

All the details about the new Nestlé factory

According to information provided during the event, the new factory will be built in an area of 50 hectares with earthworks in 200 thousand m² and, in built area, 40 thousand m².

Contractors must undergo a period of training and preparation with free courses that will be made available by Senai de Xanxerê, considering that the production system of the new factory will be fully robotic and automated.

The new plant in Vargeão will use local civil construction labor, which is trained through partnerships between the government of Santa Catarina and Nestlé. In addition to the unit installation steps, as of this year, the estimate is to generate around a thousand outsourced jobs.

The region will benefit economically with the expansion of demand for agro-industry inputs, both for animal protein and the use of grains, which are used in the production of food for cats and dogs.

According to the company, the plant will be developed taking into account the zero destination policy for sanitary landfills, use of renewable energy sources and water reuse projects. In the first phase, the factory will receive a line of wet foods with advanced, patented and unprecedented technology. The industrial park will have the structure dimensioned to contemplate other phases of expansion and installation of other production lines.

The importance of the enterprise for the municipality of Vargeão

For the municipality of Vargeão, which has an estimated population of 3,500 inhabitants, the unit represents a unique transformation in history. In 2021, when the announcement of the factory arrived, the mayor of the city, Volmir Felipe, said that it was an important day for the municipality and thanked the Santa Catarina government team for all the efforts and for all the partnerships they already have.

Businesspeople in the region are also investing and will grow without losing their quality of life. The municipality is also part of the Gente Catarina program, developed by the state government to increase the Human Development Index. The specific actions of the municipality began at the beginning of this year.