Natural gas: increase of 19% in the value of the product obtained by resellers is established by Petrobras 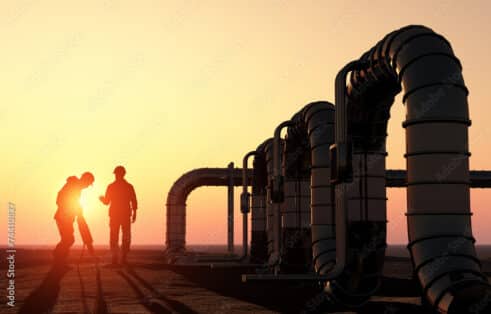 Photo: Reproduction of Kovalenko I, available on Adobe Stock

As announced by Petrobras this Friday, April 29, its natural gas sales values to distributors will increase by approximately 19% in relation to the prices applied in the February-March-April quarter. This adjustment will take effect from May 1st and will remain in effect until July 31st, when a new update will occur.

natural gas, which has received an explosion of investments by several companies, is the raw material for piped cooking gas and is also a source of energy for multiple industrial sectors, so that the change promoted by Petrobras will be felt in the pockets of several Brazilian citizens.

The Brazilian Association of Large Energy Consumers and Free Consumers (Abrace) told Reuters last week that it estimated an increase of around 17% in the price of natural gas for distributors, which shows that the rise of 19% in the value of gas disclosed by Petrobras was already close to expectations.

According to Petrobras, the change in the price of natural gas is due to variations in Brent oil, the exchange rate and gas values, respecting the formulas agreed with the distributors and also following the import parity price (PPI) , adopted in 2016.

In a note, Petrobras also established that updating gas values every three months and annually for transport mitigate momentary volatilities and ensure predictability and transparency.

In addition, Petrobras also clarified that the final value of natural gas passed to consumers does not depend only on the sale price of gas determined by the company, but is also influenced by distributors' margins and federal and state taxes. He also added that the approval of gas tariffs is carried out by state regulatory agencies, in accordance with specific legislation and regulations.

As for the gas consuming industry, Embrace predicted an impact of around 9% from the readjustment from May.

Petrobras' share in Deten Química, a company located in the Camaçari industrial complex, which was already announced since last year, will be sold to Cepsa for an amount of R$ 585 million, to be settled at the close of the transaction. The sale carried out by Petrobras will have a deposit of 5% of the price - which corresponds to R$ 29.25 million -, to be deducted from the total as soon as there is the payment.

According to the virtual news vehicle Broadcast, Petrobras – who did business with TotalEnergies – announced that the negotiation with Cepsa about the percentage in Deten Química is subject to the execution of pre-established conditions, such as the approval of the Administrative Council for the Defense of Competition (Cade).

As disclosed by Petrobras, the transaction value of the portion in Deten Química does not take into account the adjustments that may be made until the deal is closed. The state-owned company, which negotiates with Cepsa, declares: “This operation is aligned with the optimization of the portfolio and the improvement of the company's capital allocation, aiming at generating value for its shareholders”. To know more, click here to access this article in full and stay on top of CPG news.