Multinational Great Panther exchanges U&M Mineração, which managed the Tucano mine, for mining company Minax after falling production of ounces of gold 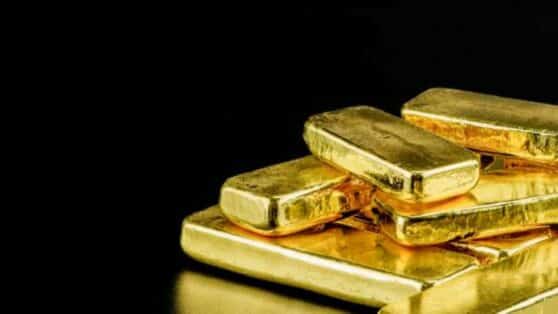 Minax is the new manager of the Tucano mine and will replace U&M Mineração after the company causes a large deficit in the production of ounces of gold at the site, according to data released by Great Panther, which runs the operation.

The company Great Panther, which runs a series of operations in the mining sector in Brazil, announced last Monday (18/04) the exchange of the company U&M Mineração by the mining company Minax in the management of the Tucano mine, in Amapá. This was as a way of offsetting the drop in the production of ounces of gold that happened during the first quarter of the year 2022.

Video: Learn a little more about the mine of the future

After a drop of 43% in the production of ounces of gold at the Tucano mine, in Amapá, recorded by the company Great Panther in the first quarter of 2022 in the annual comparison with the year 2021, the company announced the exchange of the company U&M Mineração by Minax, which will now have to offset this production and will be responsible for managing the mine, with the aim of returning to the expected production of ore over the next few months.

Data from the company Great Panther on the Tucano mine show that, between January and March of this year, 14,319 ounces of gold were produced, against 24,978 ounces in the equivalent period of 2021, a significant drop for a location with so much potential for the production of gold. ounces of gold. In addition, volume for the first three months of this year is still down 31% from 20,850 ounces in the last three months of last year, further aggravating U&M Mineração's situation in managing the site.

The Tucano mine is one of the largest in all of Brazil and has a large gold reserve for the production of jaguars, thus maintaining great expectations for the Great Panther company. Thus, the company showed that the Tucano mine was responsible for 98,03% of the gold production in the period, with 14,037 ounces and, therefore, could not let the mining company continue with a low productivity at the site, seeing in Minax a new chance to compensate production and further expand the operation in the coming months.

Despite the low productivity of U&M Mineração, the Great Panther company highlights other reasons for the drop in gold production and places the responsibility on Minax to put the mine back on track

Although U&M Mineração's management was not what Great Panther had hoped for at the Tucano mine in Amapá, the company had to say that other factors led to low production at the site. Thus, the mine was also heavily affected by reconciliation mine and higher tonnage of crushed ore during these first months of 2022.

In addition, in its official note, Great Panther commented on the arrival of the new miner and stated: “To overcome the previously indicated contractor performance issues, the mobilization of our new mining contractor, Minax, began during the quarter. The company continues to work closely with its current contractor, U&M, to ensure a safe and efficient transition with Minax. During the transition, Tucano will continue to offset the shortfall in U&M's extracted tonnage with the capacity of the new Minax mine fleet.”

Finally, the company highlighted the ongoing dismantling of the TAP AB, TAP C and Urucum North pits as another factor that led to low production, but stated that it is working with mining company Minax to reverse the situation.

Tags: Great Panthertoucan mineMinax MininggoldU&M Mining
previous post Tupy announces purchase of MWM Brasil for R$ 865 million and prepares to enter the energy sector in the manufacture of engines and other equipment
next post Brazil has strengthened ties with the United States, although they have presented different opinions about the war between Russia and Ukraine.