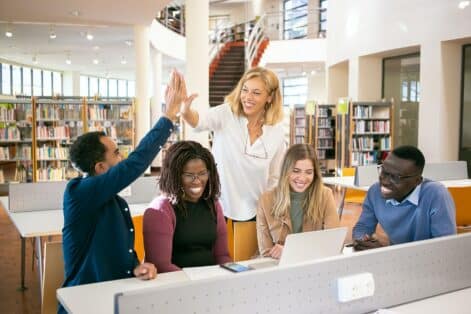 Chamber intends to bar the changes proposed by the government, since the MP is interpreted as harmful to Young Apprentice

In MP 1,116, released last Wednesday (4th), the government proposed a series of changes to the Young Apprentice Program. In this context, the deputies of the Special Committee on the Apprentice Statute will try to stop such changes, in order to highlight the changes that were already being debated in the project, which has as one of its authors the president of the Chamber, Arthur Lira (Progressistas -AL).

According to information from the newspaper O Estado de S. Paulo, since January, the government was considering major changes related to the Young Apprentice, a program created in 2000. Then, he took advantage of an MP that releases resources from the Severance Indemnity Fund (FGTS) , for the payment of day care centers and qualification expenses, to make the rules for apprentices' quotas more flexible.

According to the Apprentice Law, companies judged as medium or large need to reserve vacancies for teenagers and young people aged 14 to 24, and if the apprentice has a disability, there is no maximum age. The quota for vacancies is at least 5% of the company's total employees and a maximum of 15% of them.

Among the changes in the Young Apprentice – program that has opportunities at Azul Linhas Aéreas – provided for in the MP, is the permission for apprentices already hired on a permanent basis to remain artificially entering the calculation of quotas for up to 12 months. Furthermore, young people in situations of social vulnerability will be counted twice, and the contracts will have twice the current term, that is, they will be valid for up to four years.

In this way, the MP proposed by the government can reduce the number of apprentices hired, since it creates a gap for companies to reach quotas.

Deputy Marco Bertaiolli (PSD-SP), chairman of the Finance and Taxation Committee (CFT) and rapporteur of the Special Committee on the Apprentice Statute, has already expressed his commitment to presenting amendments aimed at removing all changes to the Young Apprentice Program from the MP. . According to Bertaioli, the Chamber He has been working hard since last year to listen to all apprentices, so it does not seem coherent that the government has included issues related to the Young Apprentice in the MP, while Parliament was already studying the topic.

Entities associated with youth learning, such as the Brazilian Federation of Adolescent Socio-educational Associations (Fefraeda), already encourage and motivate parliamentarians to remove from the MP the articles that modify the Young Apprentice Program. According to the superintendent of Febraeda, Antonio Roberto Fasin, the changes will not be accepted in any way, given that, under the false pretext of increasing hiring, they end up reducing the quota. Fasin also adds that the act of double counting vulnerable is, in addition to being discriminatory, unconstitutional.

The national superintendent of Operations and Service of the Company-School Integration Center (CIEE), Mônica Castro, declared, in turn, that companies are already seeking the institution to cancel vacancies in the program based on the MP released this week. For Mônica, the government's action is aimed at reducing quotas and ending the Young Apprentice Program, and there is no point in imposing these changes through a provisional measure.

She also criticized another aspect of the MP, which concerns the hiring of apprentices up to 29 years of age in unhealthy activities that do not allow the hiring of individuals under the age of 21, stating that there is clearly a precariousness of the workforce. .