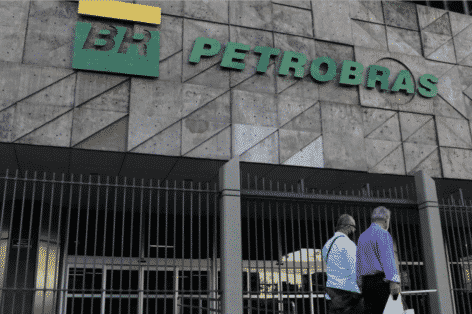 The numbers show that Brazilians are optimistic about Petrobras' gains

Petrobras has consolidated the brand of being the most valuable company not only in Brazil, but also in all of South America, after the billionaire gain recorded in the first three months of 2022. The biggest quarterly gain in the company's history was R$ 44.5 billion , much higher than the same period in 2021 (R$ 1.2 billion).

On the social network Twitter, the portal Click Oil and Gas conducted a poll to hear from Brazilians their opinions regarding this billionaire gain. Of the voters, the vast majority said that the level reached by Petrobras was “good” (82.7%). Just over 10% see these company gains as negative. Already 6.8% voted for the “maybe” option.

The numbers show that a large part of Brazilians are optimistic about Petrobras’ gains, since out of almost R$ 45 billion, approximately R$ 14 billion will be destined for the Union so that – in theory – they are invested in infrastructure, education, security, health projects among others.

On the other hand, the population still discredits Petrobras and its billionaire gains. After all, Brazil is going through a difficult time to high inflation largely because of fuel prices. In the last adjustment, gasoline was 10.2% more expensive and diesel rose 8.87% for distributors.

Privatization, corruption and PPI at the heart of the debate over Petrobras' profits

The overvaluation of Petrobras, with gains greater than those of the most powerful oil companies on the planet, raises the debate on the privatization of the company.

The Federal Government wants studies so that the proposal to sell Petrobras goes ahead. The Minister of Mines and Energy, Adolfo Sachsida, has already submitted a request to the Minister of Economy, Paulo Guedes, to begin privatization studies.

On the other hand, Senate President Rodrigo Pacheco (PSD-MG) said that the privatization of Petrobras "is not on the radar" of Congress. For the sale of the company, the approval of senators and federal deputies is required.

For a portion of public opinion, privatizing Petrobras is opening the way for fuel prices to continue to be applied at a high level. Recently, Bahia, for example, became the state with the most expensive fuel in Brazil.

In the first half of March, ordinary gasoline over there cost R$ 7.69 a liter. This value was 15% higher than the country's average in that period, according to the National Agency of Petroleum, Natural Gas and Biofuels (ANP).

These values were recorded just over three months after the completion of the sale of the Landulpho Alves Refinery (Rlam), which is located in the Bahian municipality of São Francisco do Conde, sold by Petrobras to Acelen.

On corruption, there are those who argue that the high profits of the state-owned company are due to the absence of fraud and embezzlement, formerly recorded and revealed by the Lava Jato operation.

Since 2016, the Import Parity Policy (PPI) of Petrobras allows the barrel of oil produced by the company to be sold at the international market price, even though the product is being extracted, much of it refined and consumed right here in Brazil.

Thus, whenever the price of oil increases abroad, fuels increase in Brazil as well. And one of the reasons that has generated this increase is the war in Ukraine, as Russia, which is the second largest exporter and third largest producer of global oil, corresponding to about 12% of global supply, has been suffering economic sanctions.