per Ruth Rodrigues
-
–
in Mining, Jobs 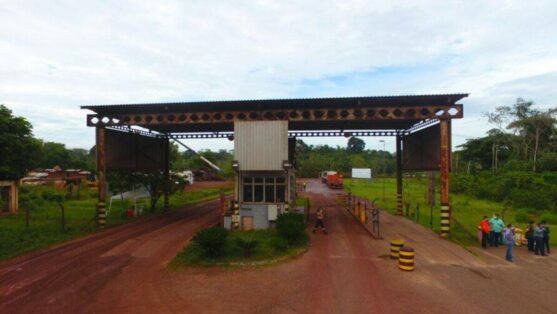 Vale's new project for the construction of its new steel factory, Tecnored, will be essential for the development of the region, since the works for the iron production plant are expected to provide around 2,000 jobs for the residents of Pará

In April, mining company Vale began construction work on Tecnored, its new iron production plant for the steel industry. And last Thursday (21/04), its representatives commented on the 2,000 jobs that will be created for the residents of Pará during the project to build the plant, which will be essential for the economic growth of the state.

Tecnored will be Vale's new iron production plant focused on the steel industry and is being built in the Marabá region, in the state of Pará

Vale is not only increasingly focused on the domestic steel industry, but is also developing a new factory for the production of iron. Thus, the steel company will be a subsidiary of Vale focused on development of a low carbon pig iron process, made through the use of energy sources, such as biomass, synthesis gas and hydrogen, for the domestic market.

The project is being called Tecnored and construction work has already started in the Marabá region, in the state of Pará, so that the process of starting iron production can be completed as soon as possible. In addition, the new unit in Marabá will have an initial production capacity of 250,000 tons of green pig iron per year and is expected to reach 500,000 tons every twelve months in the future, which could make the company even more competitive. within the steel industry.

The company also announced some projections for the project and is predicting that the factory will have the works completed in the year 2025, for the immediate start of iron production. Furthermore, investments for project are budgeted at more than R$ 1.6 billion and the company intends to acquire state-of-the-art equipment to invest in the production of this raw material, which is being increasingly demanded within the national and international market in the steel industry, in addition to being a new commitment to sustainability in the sector.

Construction of the Tecnored iron production plant will be essential for the mining company's sustainability and will generate more than 2,000 jobs for the state

The main objective of the administration of the state of Pará with the support of the construction works of the new iron production plant of Vale is the socioeconomic development of the state. This is because the company expects that around 2,000 jobs will be generated at the peak of the works, in addition to the fact that, at the beginning of the production phase of raw material, around 400 direct and indirect jobs should be created for the local population.

And, in addition to generating jobs for the population of the state of Pará, the president of Vale, Eduardo Bartolomeu, commented on the importance of the factory for sustainability and stated that “The implementation of Tecnored contributes to making the process chain increasingly sustainable. The Tecnored project is of great importance to Vale and to the region and will bring gains in competitiveness, environmental sustainability and development for the region. In addition, we will gradually replace coal with carbonized biomass until reaching the target of 100% of biomass”.

In this way, the state will not only benefit from the jobs made available in the construction project, but will also be the stage for a factory totally focused on environmental commitment and ESG practices in iron production.