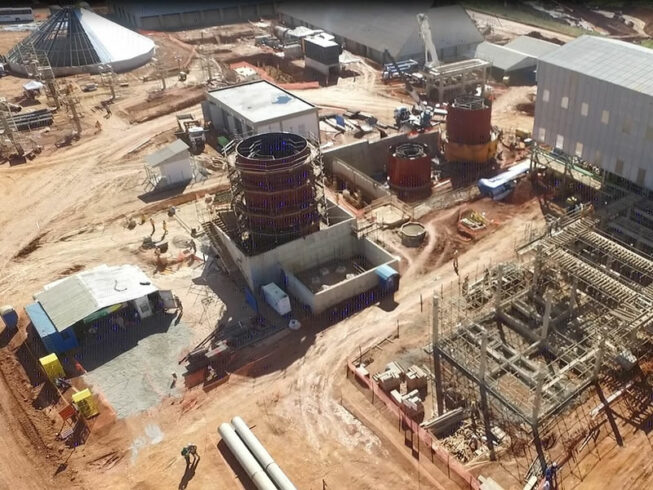 With 30% of the project's works ready, mining company Galvani Complexo Mineroindustrial da Serra do Salitre will open its doors in 2018

[supsystic-social-sharing id='1′]Mining company in the city of Serra do Salitre, located in Alto Paranaíba, has already managed to collect a final cut of 500 thousand reais and announced in the major media that it will hire more than 2000 workers in 2018. The municipality that currently holds 80% of its working capital based on agribusiness, now it will count with a great movement of the Serra do Salitre Mining Complex.

The size of the mining company's site is 1,000,400 m² (one million four hundred square meters), which will be divided into two parts: the mining area, the other for steel production. In the future, it will also produce fertilizers, according to Gustavo Horbachi, who is responsible for the company's projects department.

Impacts on Serra do Salitre

The city government is very happy with this news, because with this money that will enter the city's economy, the public power will be able to expand and improve the areas of health, education and other social programs. As the movement in the city due to these activities intensifies, there will be a need to increase the infrastructure as well.

Adriano Bernardes da Silva, who is the president of the Rural Union of Serra do Salitre, says that 80% has its economy based on coffee production, 20% on agriculture and companies. He stated that the city needed an investment of this magnitude and that “immigrants would be very welcome”, as it will bring prosperity and progress to the city. Want to register? Then type in your internet browser the address https://site.vagas.com.br/PagEmprCust_galvani.html and leave your resume now. Source: Main Brazilian media outlets.

You might like it too – [Kempetro Brasil opens an explosion of offshore registrations and is receiving CVs strongly. The company's HR began its registration season in all offshore roles for experienced professionals]