Mining companies settle in Mato Grosso do Sul, generating more than 300 job vacancies in the state 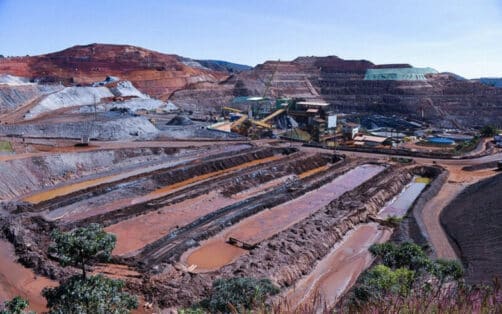 The state of Mato Grosso do Sul has the first largest manganese reserve and the third largest iron ore reserve in Brazil, with great potential to increase its mineral exploration with new mining companies in 2022

With the first largest manganese reserve and the third largest iron ore reserve in Brazil, the state of Mato Grosso do Sul is expected to expand its mineral exploration in 2022, given that three mining companies are settling in the state. 3A Mining 4B Mining are located in the municipality of Corumbá and together will produce 4 million tons of iron ore annually. The production chain also bets on improving logistics with the return of the Malha Oeste railroad bidding process.

The mining companies that are setting up in Mato Grosso do Sul are 3A Mining and MPP/4B Mining in Ladário and Corumbá, in Morro Tromba dos Macacos and Morro do Rabicho. The other mining company is São Francisco, of basalt, which will produce rock dust in the city of Inocência. Together, the miners will generate more than 300 jobs and more income to the state of Mato Grosso do Sul.

Secretary Jaime Verruck, from Semagro (Secretariat for the Environment, Economic Development, Production and Family Agriculture) informed that they are looking for new investors and talking to companies that already have approved research or have mining ordinances. In addition, they are following the issue of negotiation between Vale and the player that will take over the space that the company currently occupies in the state. The objective is for this new owner to expand the production of iron ore and manganese minerals in the coming years.

According to Verruck, 4B Mining is already mining iron ore. There are two iron ore mining companies and another for basalt crushing for the Civil Construction and Agriculture industry, which are called remineralizers, or the so-called Pó de Rocha.

Importance of mining for the state

according to MaisMinas, the secretary also highlighted the importance of Vale for the mining of Mato Grosso do Sul and its contribution and business model to the state's economy, in addition to saying about the hope that the new investor will also be up to the standard of a company of the size of OK.

Verruck signaled that the new player will come to make new investments in Mato Grosso do Sul, in addition to continuing this important product. Mato Grosso do Sul is a mining state, and it is also the seventh state in CFEM collection and whose economy is based on the production of iron ore, phosphate, granite, manganese ore, marble, limestone and basalt minerals.

Finally, the secretary confirmed that with the signaling of the Malha Oeste concession and the railway authorization regime and the return of the Paraguay River navigability, the perspective is that there will be an increase in the production and export of iron ore and manganese, in addition to of shipment to the domestic market.

Challenges in the mineral sector

The biggest impasse in the mining sector is the financing of projects in the country, especially for small and medium-sized mining companies. Mato Grosso do Sul has the Constitutional Fund of the Midwest - FCO, which has the power to finance these companies.

Eduardo Pereira, executive secretary of Semagro's Mineral Production Chain, stated that they can, through the FCO, release up to 80%. The projects presented to Mato Grosso do Sul, in general, are from national funds, own resources and private banks.

Pereira also explains that other investments in metallic minerals are looking for mechanisms that allow the mining project to get off the ground and become mining, which are participation and fundraising on the stock exchange, as well as investments via private funds. The executive secretary also states that another financing model that is widely used is the advance sales of ore (streaming).

Tags: mineral explorationmining companiesMS - Mato Grosso do Sul
previous post With the help of solar energy, the panel is able to produce drinking water from nothing
next post Mineradora Vale will invest R$ 3.9 billion in works for a bridge over the Tocantins River for the outflow of iron ore production on the Carajás Railroad