Minas Gerais is stronger than ever in the mining production chain: New investments and businesses will be topics covered by IBRAM on the 27th

per Daiane Souza
-
–
in Mining 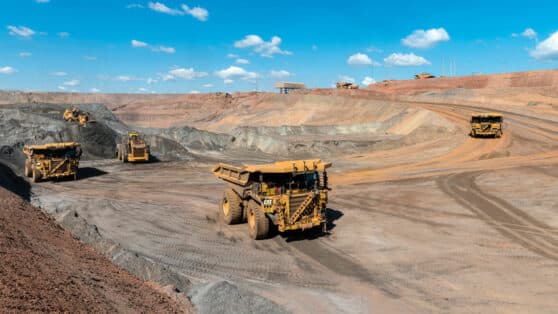 Minas Gerais is stronger than ever in the mining production chain: New investments and businesses will be topics covered by IBRAM on the 27th – Source: Pixabay

Nova Lima, a city located in the interior of Minas Gerais, should have an event this Wednesday, April 27, in which businessmen from all over the country will discuss new mining opportunities in the region. The event is scheduled to take place completely online at around 2 pm. One of the topics that entrepreneurs should address is business generation and greater flexibility in partnerships.

O  Brazilian Mining Institute (IBRAM) is being one of those responsible for organizing the event scheduled to take place this Wednesday, April 27, online. In short, the event is scheduled to address the relationships of suppliers of mining productivity chains, while expanding business alternatives for the soils of Nova Lima, a city located in the interior of Minas Gerais and which has always been in the focus from small to larger mining brands.

According to the video that was published by the Youtube channel that Roger, the city of New lime has always had a strong mining history, so much so that many Brazilians had to move to the region in search of better life opportunities for their families. Houses were built decades ago in order to obtain what the soil had to offer: minerals. It is one of the most promising areas in the region and promises to significantly move the economy.

The Association of Mining Municipalities of Minas Gerais (AMIG) says that the event should be very promising and that it will impact the way of seeing the economy in the state of Minas, MG. In short, during an exhibition that took place in 2007, more than a decade and a half ago, in the state capital, Belo Horizonte, it is estimated that more than 300 exhibitions on the subject were held, while about 85 of them were of foreigners.

Mining in Brazil affects not only the local economy but also the world, and directly impacts the formation of GDP, Gross Domestic Product. Currently, the state is in second place when it comes to ore exports, with a range of 36% across the country, second only to the state of São Paulo that determines more than 50% of the market. The other suppliers are counting on a very small share, being only 14%.

AMIG's Institutional Relations consultant, Waldir Salvador de Oliveira, gave an interview and stated that it is of paramount importance that companies that provide personal protective equipment for workers in the mining area also go to regions where this type of work is carried out. of activity. In this way, it is increasingly possible to create jobs and move income between companies, even more so when opening up from the B2B, Business To Business.

the secretary of Economic Development of Nova Lima, Abner Henriques, states that the city of Nova Lima already has good mining policies that make policies sustainable for the people who live there. Not to mention that all the non-bureaucratic processes and installation of companies makes it easier to carry out the movement of the local economy by creating new brands and partnerships. The promotion is being carried out by the Financial Compensation for Mineral Exploration (CFEM) and a Master Plan. Abner argues that economic diversification is more than essential.

Tags: Business and Economy
previous post Brazil has strengthened ties with the United States, although they have presented different opinions about the war between Russia and Ukraine.
next post Public hearing discusses regulation of the piped gas market in Rio Grande do Norte on Wednesday with the participation of ABPIP

Daiane Souza
In training in journalism at Uniasselvi. Lover, since 2017, for the production of content, news and writing in general. Currently, she works as a writer for the news agency Visão Confiável (http://visaoconfiavel.com/).