With the mega profit, Petrobras surpasses the giants ExxonMobil and Petrochina, repositioning itself as one of the most profitable oil companies on the planet; experts contest 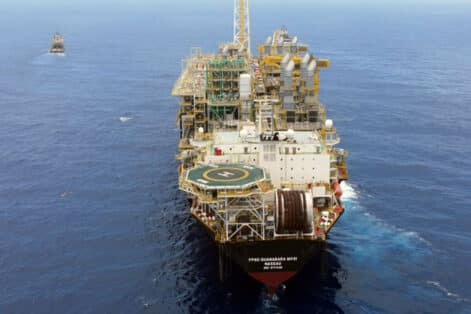 The Brazilian oil company earned more than US$ 9.4 billion in the first quarter of this year, almost double that achieved by the largest company in the sector on the planet, ExxonMobil, which reached “only” US$ 5.4 billion

In the first three months of this year alone, Petrobras earned US$ 9.405 billion (R$ 44.6 billion). This profit represents a jump in profitability of over 3,000% compared to the same period last year, when the state-owned company had a gain of R$ 1.3 billion. But the numbers not only reveal a mega-invoice, they also show that the Brazilian oil company has raised its level, surpassing the largest similar companies on the planet, contradicting President José Mauro Coelho who insists on saying that the profit is “on the same level” as the others. companies around the world.

Just to give you an idea, the largest oil company in the world, the North American ExxonMobil reached “only” US$ 5.480 billion in the first quarter of this year. Asian Petrochina, which has the highest global oil revenue, made US$ 6,161 profit in 2022.

Given the above, is it correct for the newly sworn president of Petrobras, José Mauro Coelho, to say that Petrobras' profit this year is at “the same level” as other oil companies in the world? For those who don't know or don't remember, the statement was made last Friday (6th) in response to criticism from the President of the Republic, Jair Bolsonaro, who called the state-owned company's gains "rape".

Other presidential candidates criticized Petrobras' mega profit. This is because the price readjustments of petroleum-derived fuels have been constant. The last one happened this Tuesday (10), when diesel jumped from R$ 4.51 to R$ 4.91. Gasoline, on the other hand, has contributed to the rise in inflation, weighing on the pocket of Brazilian consumers at a price of more than R$ 7 per liter at gas stations. Fuel prices had been unchanged for 60 days.

Petrobras says profit is a result of operational efficiency

José Mauro Ferreira Coelho says that Petrobras' billion-dollar profit, surpassing the largest oil companies on the planet, has nothing to do with fuel price adjustments. The representative of the state-owned company states that 80% of the gains in this period came from the oil exploration and production activity and 20% from the other segments.

In article published in Agência Brasil, Coelho says that “a good result from Petrobras also has repercussions for society as a whole. This generates investments in health, sanitation, transport and a series of other important investments”. It's what we expect!

This year more than R$ 70 billion were paid to the Union in taxes. According to the president of Petrobras, each R$ 1 billion invested by the state company generates around 10,000 jobs. The last time the price of a barrel of oil on the international market exceeded US$ 100 was in the first quarter of 2014 (US$ 108).

At that time, according to Coelho, Petrobras did not have results like those of now. “It is not simply a matter of high oil prices, but a matter of efficient management, committed to the search for results, cost reduction”, he said.

In the 1st quarter, Petrobras sold sold 543 thousand barrels per day, generating US$ 4.8 billion. Exports increased by 23%. This increase in sales abroad and the fact that the state-owned company is responsible for supplying most of the refined oil in the country also contributed to the success in profits.