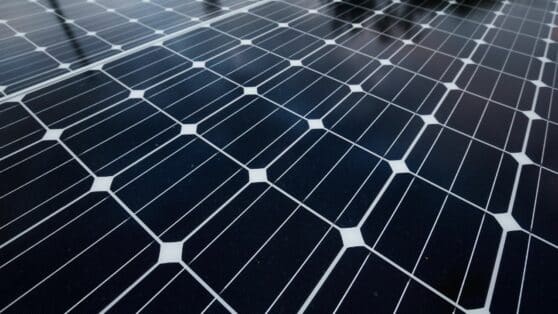 Of the achievements of Brazilian companies, we have one more to be proud of. Aldo Solar, a Brazilian solar energy company, managed to negotiate with the great global distributor of solar panels, Jinko Solar, during an international event, Intersolar Europa. This negotiation promises to bring solar panels with an ultra-efficient N-Type photovoltaic system to Latin America, an agreement corresponding to 600 MW.

One of the most important innovation events for solar energy in the world, Intersolar Europa, which takes place in Munich, Germany, has brought very positive results to Brazil. That's because one of the largest production and distribution companies of innovative solar panels in the world, Jinko Solar, closed a gigantic deal with Aldo Solar, the largest solar energy solutions company in Brazil. This historic agreement makes Aldo Solar the first company in Latin America to bring ultra efficient panels Type N TopCon from Jinko Solar's Tiger Neo family.

Brazil has had a record of installed capacity for solar energy generation in recent years, being a potential market to receive Jinko Solar's new solar panels from July 2022

With the agreement signed between Aldo Solar and Jinko Solar, this record will be even greater, as the N-Type Tiger Pro solar panels promise to distribute 600 MV of power. In addition, the historic contract ensures the continuity of commercialization of the photovoltaic system that will revolutionize the energy market in Brazil and Latin America, after all, Aldo Solar became the only distributor of this technology in the territory. The forecast is that these solar panels will be marketed from July 2022.

The solar energy market is reaching levels never seen before, with innovations that promise greater capacity in the photovoltaic system.

In recent years, the solar energy market has grown dramatically, with more and more innovations aimed at increasing the capacity of the photovoltaic system. Climate change and the finitude of energy generation by fossil fuels (thermoelectric), water (hydroelectric) and radioactive material (nuclear), has taken the search for renewable energies further.

There is also social pressure for companies to seek renewable energy, which stimulates the market. As Aldo Solar is the largest company in innovative solutions for solar energy in Brazil, it fulfills an even greater social responsibility role, that of influencing the production chain and stimulating changes in the national scenario regarding energy generation.

In this way, Brazil does not lag behind international countries in terms of energy generation, as Aldo Solar will bring the latest in the market. Therefore, this historic agreement has only benefits and will optimize the production of solar energy, improving the cost-effectiveness of solar panels.

Jinko Solar's Tiger Neo Solar Panels promise 5 to 6% more efficiency than the conventional photovoltaic system and greater durability, in addition to other advantages

The solar panels that Aldo Solar is bringing to Brazil promise an efficiency 5 to 6% higher than the current photovoltaic system. In addition, the N-type cells that make up these panels are innovative because they allow a modulation of energy generation according to the intensity of sunlight. That is, the more sun, the greater the energy generation. In this way, the return on investment is faster and the cost of electricity is lower.

However, these panels also have greater durability, circumventing the degradation of cells by light and high temperatures, which has been a major challenge in the solar energy market. In this sense, N-type cells are less susceptible to these weather conditions and, therefore, increase the lifespan of solar panels.

Other module advantages Tiger Neo include less degradation, reduced temperature coefficient, greater bifaciality, approximately 87% generation even after 30 years of installation, logistical efficiency and reduced internal resistance loss. This is a great victory for Brazil and will place it in an even more important position worldwide, as one of the largest producers of solar energy.

Tags: Renewable energySolar energyPOWER GENERATIONBusinesssolar panelsphotovoltaic system
previous post Aquadrill signs memorandum of understanding with PetroRio for sale of offshore oil drilling platform for US$ 40 million
next post Most Brazilians who voted in the poll see the fact that Petrobras has become the most valuable company in South America as positive

Sabrina Moreira Paes
Resident of Greater São Paulo, 25 years old, graduated from UFPR with a master's degree from Unicamp and a PhD in progress at USP. Marketing, Copy, SEO and Ghost Writer certified by the Universities of Stanford, California, Northwestern and Toronto. Get in touch for a suggestion of an agenda, disclosure of job vacancies or advertising proposal on our portal. We do not receive resumes.
share