Labor reform came into force on the 11th; see what changes 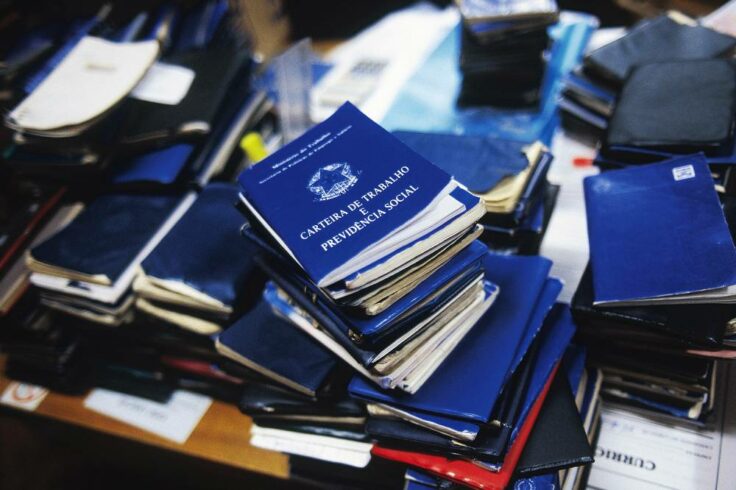 Reform increases the weight of negotiations between companies and unions or employees. See how this labor reform can affect you

[supsystic-social-sharing id='1′]A labor reform sanctioned in July enters into force on the 11th. The central axis of the law that updates the Consolidation of labor laws (CLT) it increases the weight of negotiations between companies and unions or employees, allowing these agreements to override legislation. According to experts consulted, the new rules take effect immediately. Other changes, however, will require negotiations between companies and employees before they take effect, which could delay their implementation.

See below the points of the labor reform that most affect the day to day of workers:

Thirty-minute lunch time and other changes by arrangement

One of the central axes of the reform is that the negotiated prevails over the legislated. This will allow labor agreements to modify points of the law, such as reducing the lunch break to thirty minutes. Negotiations may also be made to determine working hours, time registration, holiday amendment exchanges, among other points.

These negotiations may be carried out from the first day of the reform's effectiveness. But for the changes to take effect, unions and companies must follow an existing procedure for this purpose. “It is necessary to follow a series of formalities, such as convening an assembly, making an agreement, reading the document to the employees, filing it with the Ministry of Labor. From my experience, this takes about two months. The renovation does not affect this part of the agreement”, explains Carla Blanco Pousada, partner at the law firm Filhorini, Blanco e Cenciareli.

Accrued vacations can be paid in installments from the first day of the law. The change in the labor law allows that, if the employee is interested, vacations can be divided into up to three periods, one of which must have at least fourteen days and the others, at least five. Anyone who is already entitled to vacations, even if accumulated in the previous law, can share them.

The new rules will apply from the first day of validity, as long as there is provision for this modality in the existing employment contract. The new rules require that service obligations performed outside the company - such as home office - be specified in the contract.

The text also says that it must be clear who is responsible for acquiring materials and infrastructure necessary for the work, and also the form of reimbursement. Although it is not expressed in the project, the tendency is for it to be assumed by the company. “There is a principle in labor law that the employer bears the costs of labor. It is not because the reform regulates the home office that it will be able to transfer costs to the employee”, explains Anna Thereza de Barros, partner at the Pinheiro Neto office.

If the current contract does not provide for this modality, the company may make an amendment.

It will be possible to leave the company receiving 20% of the FGTS fine from the first day of the reform. In the current law, there are two situations: if the worker is dismissed for just cause or resigns, he does not receive a fine on the resources of the guarantee fund nor can he withdraw it. If you are fired without just cause, you receive a fine of 40% from the balance and can withdraw the deposited funds. The labor reform brings the possibility for employer and employee to reach an agreement for dismissal, in which the worker receives 20% of the fine and can withdraw 80% from the FGTS resources.

The reform provides that the contribution will no longer be collected in the next collection period. The CLT establishes that companies must deduct the equivalent of a day's work in March and transfer the amount to unions, the so-called union tax. In theory, this withholding could no longer be made in 2018, as the new labor law says that the discount can only be made if it is previously approved by the worker. However, the Temer government is negotiating with the union centrals to issue a provisional measure to replace the financing of union entities.

It does not enter into force until renegotiated by the parties. Currently, the limit is 25 hours per week and, with the new law, the maximum will be 30 hours. “In the partial contract, the number of hours is usually described. As the salary is normally paid on account of them, and not on a monthly basis, the contract would have to be renegotiated”, explains Carla.

The six-month limit for compensation is now immediate, but other rules may stand out. Currently, companies have to take time off for overtime within a year. This maximum limit will be extended to six months, but this is one of the points that can be collectively negotiated. “Strictly speaking, the one-year limit could be maintained, because the whole point of the reform is to prioritize agreement over the law”, says Anna Thereza.

It is also possible that the collective agreement of certain professional categories has its own rules still in force. “I would advise the company to close the existing time bank and open a new one, so as not to cause confusion”, says Carla. Source: See

Tags:
previous post More than a thousand people were in Porto do Açú yesterday because of the news of false vacancies
next post Macaé starts November 13th with offshore vacancies and down to earth