Klabin, which is experiencing a good moment in the market, is evaluating an increase in its fluff pulp production capacity 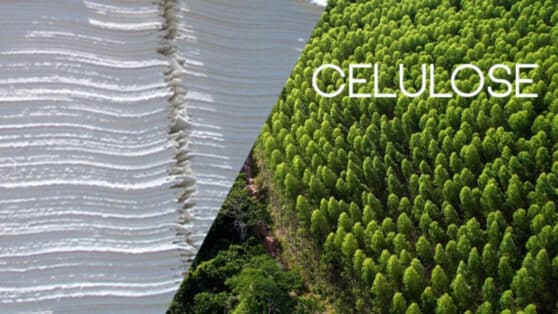 Klabin's CEO says there is an increase in market demand for pulp, which justifies the expansion of its production capacity

Klabin (KLBN11), the largest paper producer and exporter in Brazil and which invested R$ 188 million for the expansion of its factory in Fortaleza, is considering an increase in its fluff pulp production capacity, in a context of continuous rise in prices and market demand for the product, as stated by the company's executive president, Cristiano Teixeira, this Wednesday (04).
Fluff cellulose is used in products such as disposable diapers and absorbents, given that it guarantees the absorption capacity and retention of liquids in these artifacts.
In response to an analyst's question during the conference regarding the results for the first quarter of this year, Teixeira stated that fluff pulp is in Klabin's production portfolio. According to him, the company is very comfortable and secure in the market, and the cellulose is approved by virtually all top-tier customers in the world.
The executive president of Klabin said, without giving further details, that an increase in fluff pulp production capacity is being evaluated.

According to the Money Times, Klabin, which is carrying out a billion-dollar expansion of its pulp and packaging paper production capacity in state of Parana, showed a reduction of 17% related to the production of “long fiber/fluff” pulp in the first quarter, compared to the same period in 2021. In all, 98 thousand tons were produced.
However, sales were 95 thousand tons and there was a revenue growth of 19%, considering that the price per ton was 30% higher in the same comparison.
When asked about the outlook for domestic and foreign demand for other products, Cristiano Teixeira stated that, in the second quarter, a “very slight” recovery has been observed in the search for paperboard and corrugated board compared to the first quarter, which is largely due to greater seasonality in the face of the inflationary scenario. As for the foreign market, the president of Klabin stated that export margins “are good”.

The pulp production company Klabin has been carrying out works for the construction of a new cargo handling terminal at the Port of Paranaguá. Last Thursday (04/14), it revealed that the works should be completed during the beginning of the second half of 2022. As a result, pulp export operations may begin this year, according to projections from the company.

Klabin, a giant in the field of pulp production in the country, commented on the deadline for completion of the construction of its new terminal in the Port of Paranaguá and stated that the works should be completed in the beginning of the second half of 2022, to that cargo handling operations with a focus on this product begin after delivery of the terminal.
The investment made by the pulp manufacturer Klabin is budgeted at around R$ 120 million, with an industrial unit in Telêmaco Borba, in Campos Gerais and, after the start of works in June 2021, the delivery of the terminal is getting closer. Klabin's new terminal has an area of 27,530 square meters and was acquired by the company in an auction held by Portos do Paraná in August 2019, with a contract scheduled for an initial 25 years, which can be expanded by up to 45, if the company wishes continue with the administration of cargo handling activities.
For more information, access the full article here.

Tags: celluloseklabinProduction
previous post The future of refining in Brazil: Discover the 5 refineries with ongoing projects that could lower the prices of gasoline, diesel and other oil products
next post Bill that authorizes the recharging of Liquefied Petroleum Gas (LPG), the cooking gas, at gas stations is being processed in the Chamber of Deputies