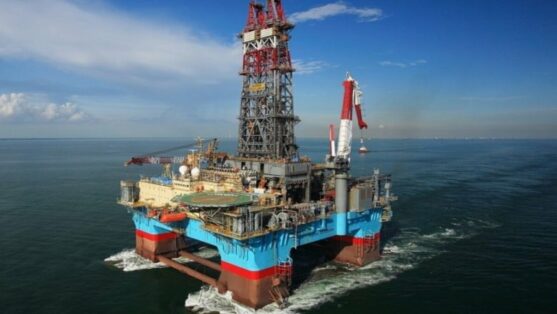 After a good partnership with Maersk, Karoon extended the contract with the company for the drilling of two other oil wells in the Neon Field, located in the Santos Basin, aiming to expand fuel production in Brazil.

Located in the Santos Basin, which extends from Rio de Janeiro to Santa Catarina, Campo de Neon has a big reserve of oil and is the focus of several projects. Now, after an extension of the contract carried out last Tuesday (10/05) with the company Maersk, Karoon will carry out the drilling of two new oil wells in the region, following its growth plan in the exploration of these resources in the national territory. .

With the help of Maersk equipment after the contract extension, Karoon will carry out the drilling of two new oil wells in the Santos Basin

Australian company Karoon Energy has a keen eye on oil and gas reserves in Brazil and has now expanded its fuel production plan in the country. THE company announced the extension of its contract with Maersk, a benchmark in the supply of equipment for offshore drilling and oil and gas exploration throughout the global fuel market.

With the extension of the contract with Maersk, Karoon will drill two new oil and gas wells in the Santos Basin region over the next few months. In addition, the company announced that the activity will be carried out by the semi-submersible rig Maersk Developer, owned by Maersk Drilling. This is an equipment that guarantees much more control and efficiency in the drilling of these places, essential for greater safety in operations and the guarantee of minimizing the environmental impacts that can be caused by the spillage of materials.

The extension of the contract between the companies also ensured that the deal has a firm partnership value of approximately US$ 21 million to carry out the drilling of these wells in the Santos Basin. The Maersk rig had already been contracted by Karoon in 2021 to drill another 4 wells in another field owned by the company, that of Baúna. Now, the extension of the contract focused on the Santos Basin will have an 80-day term and will be a direct continuation of the rig's previous scope of work.

Karoon is very pleased with its business with Maersk and Maersk Drilling Head of International Division Thomas Lysgaard Falk celebrated: “We are delighted to confirm this extension which will expand Maersk Developer's activities in Brazil to include assistance to Karoon in the further evaluation of the Neon discovery. During our preparations for the initial scope of work on Baúna, the developer team established a strong and close collaboration in our partnership with Karoon, and we look forward to building on that in the Neon campaign.”

Thus, after the announcement in April 2022 of the discovery of new oil reserves in the Santos Basin, more specifically in the Neon Field, Karoon has been investing in accelerating the drilling process of exploration wells. The studies that the company carried out in the region found a high potential for production and commercialization of the resource and, therefore, it is so committed to the project.

And, in the next 80 days, the drilling of Karoon wells will begin with the help of Maersk, bringing new perspectives for the company's growth in the field of offshore oil production within the national territory.