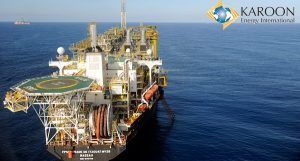 Regarding the Kangaroo and Echidna discoveries, located in the Santos Basin, Karoon received ANP approval of the Final Discovery Assessment Report (RFAD) for the wholly owned blocks SM-1037, SM-1101, SM-1102, SM- 1165 and SM-1166 along with a declaration of commerciality (DoC). Karoon said on Friday that it had submitted the RFAD and DoC documents in early May to the Brazilian oil and gas regulatory agency, Agência Nacional do Petróleo, Gás Natural e Biocombustíveis (ANP).

The documents describe two distinct areas identified for retention, which include the Echidna and Kangaroo oil accumulations, along with some prospective resource opportunities in the near field. As is the convention in Brazil, in the Declaration of Commerciality, the names of the fields are given to the asset parts that are in different blocks, being named according to the maritime entities. As each field crosses two blocks, the kangaroo will officially become GOIÁ and GOIÁ SUL and Echidna will become NEON and NEON SUL.

An FID will be evaluated by Karoon regardless of these approvals and Karoon is expected to be in a position to decide on the FID by the end of 2018. Karoon must submit a development plan within 180 days of the DoC. The first phase of development proposes two extended horizontal production wells and a gas injection well with the potential to include the kangaroo as a second phase option.

And talking about light oil, we did an article about the difficulty that the Brazil has to process oil and good quality and the reason we import so much from abroad, check the full article here, can help you understand some of the factors that contribute to the rise in fuel prices in our country.

Tags:
previous post Brazilian heavy oil is one of the factors contributing to the increase in fuel prices
next post Pedro Parente has just resigned from Petrobras