Jeff Bezos, the billionaire owner of Amazon, invests for the first time in a Brazilian Start-Up; fintech was created by a young man from Goiás

per Flavia Marinho
-
–
in Economics, Business and Politics 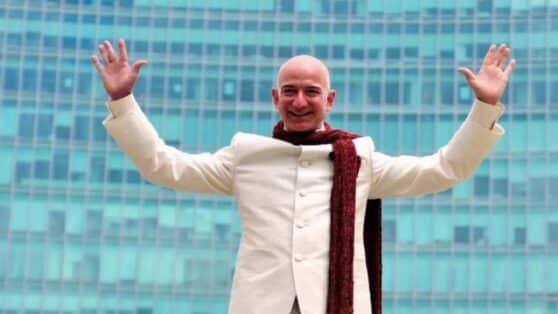 Jeff Bezos, the second richest man in the world, makes a millionaire investment in Brazil. It is the first time that the fund participates in an investment in the country.

Jeff Bezos, the second richest in the world, with a fortune of US$ 170 billion, invests for the first time in a start up in Brazil. Fintech was created by a young man from Goiás, Rafael Stark. The “artistic” surname, which also baptizes his startup, is clearly inspired by Tony Stark, the alter ego of the comic book and movie hero Iron Man.

The millionaire contribution of US$ 45 million – the equivalent of R$ 212 million, was announced on Monday (11) by fintech Stark Bank, where Jeff Bezos, founder of Amazon, marks the first round of investments in Brazil.

In Latin America, billionaire Bezoa's fund had already invested in Chilean unicorn NotCo. SEA Capital and current investors Lachy Groom and K5 Global also participated in the round, as well as Airbnb founder Kavak, executives from DST, Visa and Coinbase.

The investments come four months after Stark Bank's first round, which raised about US$ 13 million efoi led by Lachy Groom, former executive of the financial infrastructure platform Stripe, and in which the founders of start-ups such as Rappi, Dropbox, Slack, Coinbase, Flexport, Figma, dLocal and Wildlife participated.

More than 300 companies such as Quinto Andar, Loft, Buser, Isaac, Bitso, Daki and Colgate make up the Stark Bank portfolio.

More than 300 companies make up the Stark Bank portfolio. Among them are Fifth Floor, Loft, Buser, Isaac, Bitso, Daki and Colgate.

Fintech offers technology-focused banking services to startups in the country valued at US$ 1 billion, better known as “unicorns”.

In addition, the company informed that, throughout the year, investments, credit lines and the receipt of payments via card will be added.

Currently, the company offers other companies, many of them also startups, services such as corporate card, payroll, management of collections by bank slip and PIX, as well as management and automation of supplier payments and refunds.

“In addition to transactional operations, we deliver dashboards (graphical information panels), expense control, reconciliation and financial management, allowing companies to make decisions based on data”, explained Stark in a note about the business.

Among the company's customers are traditional brands, such as Colgate, and large start-ups, such as Quintoandar, Loft and Buser.

Stark also plans to start what it calls the sale of infrastructure to companies, such as API interfaces for participants in the PIX and the credit card with the brand of the client company (card as a Service) and issuance of bank credit notes (CCBs) to other fintechs. The latter product would allow Stark's customers to use CCBs to provide loans.