JBS reports rise in meat exports to China, while consumption of the product falls in Brazil 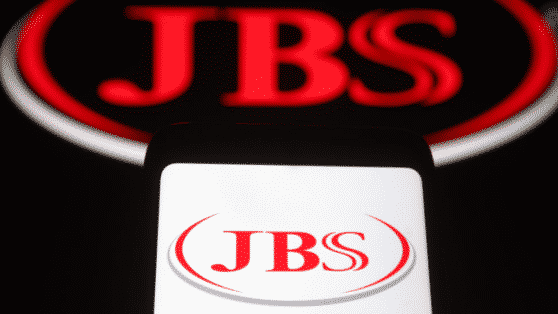 JBS reported that, unlike China, beef consumption in Brazil reached the lowest volume in 25 years

JBS, while registering an exponential increase in beef exports to China, reports that in Brazil the consumption of beef protein has recently reached the lowest levels in history. In Brazil, the economic scenario remains alarming, which leads to pressure on demand, said the company's CFO, Guilherme Cavalcanti.

As Cavalcanti said, while on a conference call with analysts to talk about the results of JBS, which saw its profit more than double “Beef profitability continues to be impacted by the increase in the average price of cattle, around 11%”. JBS, who started in the fertilizer business, also announced dividends of approximately R$ 2.2 billion.

According to Conab data, beef consumption reached 26.5 kilos per person in Brazil in 2021, which reached the lowest volume in 25 years, in addition to the fact that the sale of the product remains low in 2022.

On the other hand, JBS reported that the market of foreign countries, such as China, was the highlight of the quarter, mainly with the increase of 17.3% in volume and of 20% in the average price of the sale of fresh beef, leveraged mainly due to the return of exports from Brazil to China at the end of 2021.

As JBS CEO Gilberto Tomazoni assesses, China will be a major importer of beef in the long term, and he adds that this custom of importing beef from Brazil could change the market globally.

JBS present in the United States

In the North American markets, André Nogueira, CEO of JBS in the US, said that, from a logistical point of view, there were problems, causing the company to operate “with much larger inventory than it would like”.

US ports have been affected in recent months due to strikes and the epidemic, which has caused delays in logistical properties.

André believes in the gradual development in U.S in relation to the consumption of meat coming from Brazil. Regarding Shanghai, China, Nogueira said that exports have fallen due to the lockdowns, but the country is starting to recover again in this sense.

“We are operating at a (high) level of innovation and this has hampered our productivity, due to the price issue, which has increased a lot, but due to the slowdown in logistics. But through evolution, we will be able to generate income”, he observed.

JBS, which is supported by the strong performance of its North American operation and also by its beef exports from Brazil, mainly to China, explained yet another robust result in 1Q22, slightly above expectations, Eleven evaluated. The unfavorable highlight, as expected, was due to Seara, which continues to suffer from a scenario of cost pressure.
Eleven remains neutral on JBS, with a price target of R$ 36.
For Credit Suisse, the company had a “very good” quarter, with Ebitda surpassing the consensus numbers, stimulated mainly by operations in the United States.
Analysts continue with positive prospects for investments in JBS, as they believe that the company's operational momentum will remain stable in the coming quarters, mainly due to meat exports to China. Credit Suisse also maintains an outperform rating for the paper and a target price of R$ 45.

For XP's assessment, net income came in line, while adjusted Ebitda was 8% above the broker's projections.
“US Beef + Australia, PPC and US Pork remained strong and well above historical levels, while Friboi recovered, more than offsetting Seara’s drop due to rising costs and a more fragile consumer in Brazil,” they highlighted.
XP representatives believe that JBS will continue to demonstrate power in its protein diversification, which could help offset the cyclical characteristic in the company's results.
Thus, it reiterated its buy recommendation with a target price of R$ 51.8, reinforcing its position as top pick in the beef sector.

Tags: BrazilbeefChinaexportsJBS
previous post Oceaneering is offering on and offshore job openings in the state of Rio de Janeiro
next post Imports of solar panels grow by almost 200% in early 2022 due to greater use of solar energy by companies