per Roberta Souza
-
–
in Plant and Agribusiness 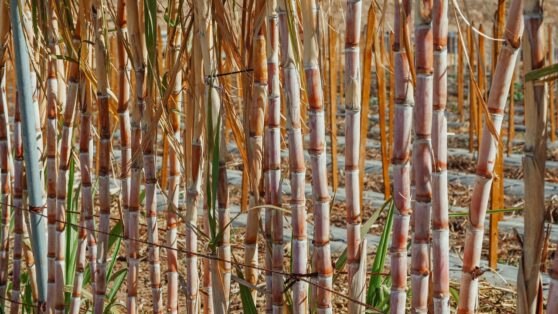 The acquisition of Santa Vitória, a sugarcane derivatives plant, will boost the production of the company Jalles Machado

The company Jalles Machado, announced this Thursday, 05/05, to the market, the acquisition of Usina Santa Vitória, of ethanol, sugar, cogeneration etc, for around R$ 704.8 million. The purchase of a unit with solutions from the IPO was a promise of the company Jalles Machado since the IPO process (initial offering of shares, its acronym in English). The Santa Vitória plant acquired by the company is located in Minas Gerais and has an installed capacity of 2.7 million tons. The current industry plan is to process two million tons in the 2022/23 harvest. The cultivation of sugarcane covers approximately 37.6 thousand hectares and 100% of the cane used in the process is owned by the company. The energy produced by sugarcane is 113.6 kWh/ton and is sold at auction at R$ 438.2/Mwh.

The company Jalles Machado highlights that, with the acquisition of Power plant Santa Vitoria, the company's crushing capacity could increase by 46% to 8.5 million tons of crushed sugarcane. In addition to the capacity being extended, the company reduced the risk of exposure of the sugar and ethanol sector with more solid cogeneration and increased geographic diversity, with the two plants that the company owns in Goiás.

The Santa Vitória plant was inaugurated in 2015 and has a modern industrial space, with an area of 210 hectares and only 7 years of operation. It also has a crushing capacity of 2.7 million tons of sugarcane and produces over 240 million liters of hydrous ethanol per season.

Initially, the construction of Usina Santa Vitória was conceived for the production of green plastics derived from ethanol. The initiative was conceived by Dow Chemical and also had the participation of the Japanese multinational Mitsui.

After its construction, the Santa Vitória plant presented several losses from its conception until it was sold to the Geribá group of investors. This sale generated tax losses totaling approximately R$ 1.6 billion. In addition, the company holds approximately R$ 87.8 million accumulated PIS and COFINS credits. In this path of recovery of Usina Santa Vitória, under the management of Geribá, the plant registered its first year of profit only in 2021.

The conclusion of the acquisition of the Santa Vitória plant by Jalles Machado is now pending the implementation of conditions for transactions of this nature, in accordance with the rules established in the purchase and sale agreements. In addition, the acquisition still depends on the approval of CADE (Administrative Council for Economic Defense) and regulatory bodies.

The purchase of the Jalles Machado plant is an expansion plan for the Jalles Machado company, which began with its IPO in February 2021.
As soon as the negotiation of the Plant is approved, the shareholders of Jalles Machado will be able to use the right of withdrawal in relation to the totality of the company's shares over which they maintain uninterrupted authority from the current date until a period of 30 days from the date of publication of the minutes of the meeting that approved the purchase of the plant.
The dissenting shareholders will receive from Jalles Machado, if they use their right of withdrawal, the amount of R$ 4.51 per share issued by Jalles Machado, which was calculated using the value of the company's net equity as of December 31 of the year 2021 and the number of shares currently divided into the capital of the Santa Vitória plant.
According to the website journalism.com, the company Jalles Machado will keep the market informed about the procedures for the acquisition made by it. Tomorrow, 05/05, at 3 pm, the company will hold a conference call for the market in general, where it will provide more details about the transaction's procedures.