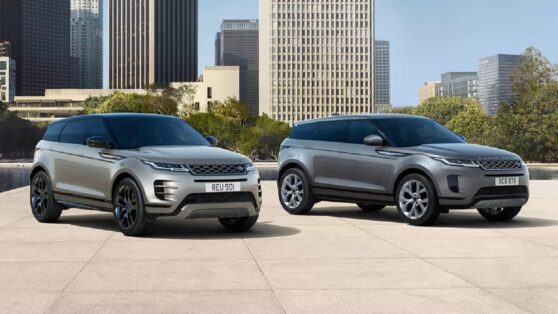 In addition to the electric car models that will arrive in Brazil, Jaguar promises that it will also manufacture electric cars at its factory, which is located in Rio de Janeiro.

Jaguar Land Rover is intending to electrify its entire line of cars in the next 5 years, and Brazil is also included in the company's plan to receive new investments. During an event held last Tuesday, the 26th, in the city of São Paulo, Jaguar Land Rover gave some details of part of its planning for the future, mainly on the corporate issue and also on the issue of sustainability (electric cars), however did not hesitate to talk about their products.

According to François Dossa, Jaguar Land Rover's Chief Executive and Strategy and Sustainability Officer, Land Rover's first electric car will be launched in the year 2024. the brand will become electric 100%.

Dossa also spoke about a number of other changes Jaguar Land Rover will be making across all its headquarters, offices and assembly plants, with the aim of reducing carbon emissions as much as possible. CO2. As for Brazil, the executive director of Jaguar Land Rover promised several investments, given that it is one of the few Jaguar factories that are outside the United Kingdom.

Therefore, according to Dossa, Jaguar intends to make some adaptations to the plant that is located in Itatiaia, in Rio de Janeiro, an investment in line with the global strategy of the automaker. François Dossa also said that Brazil cannot be left out of anything, precisely for the reason mentioned above, which is due to the fact that the factory in the country is one of the few factories outside England.

Next steps for Jaguar Land Rover

Regarding Jaguar products, François Dossa assured that the next lineage of Jaguar Land Rover group cars to land here in Brazil will be entirely from eletric cars. In addition, the executive director of Jaguar also promised that the next models of electric cars will be manufactured exclusively in Brazilian territory.

According to Dossa, in the company's point of view, if future electric car models are not manufactured here, Jaguar could have serious problems with exchange rate fluctuation, in addition to other issues that could also end up influencing the final price. Dossa also said that the Jaguar factory has full conditions to house these products safely.

Jaguar Land Rover has only one electric car for sale in Brazil currently, which is the Jaguar i-Pace model. The other cars that are sold here in Brazil are all from a specific lineage of hybrid cars, such as the new Land Rover Defender model, which gained an engine considered mild hybrid, which serves to be much more economical and even more powerful than the traditional automaker cars.

Both brands have long and complex histories before their merger — Jaguar dates back to the 1930s and Land Rover to the 1940s — first coming together in 1968 as part of the ill-fated British Leyland conglomerate, later again independent from one another. of the others as subsidiaries of BMW (in the case of Land Rover) and of Ford Motor Company (Jaguar). Ford acquired Land Rover from BMW in 2000 following the break-up of the former Rover Group, which was effectively the remainder of British Leyland's car production companies.

Tags: electric carEletric carselectric cars in BrazilfactoryinvestmentsJaguarLand Rover
previous post Regular diesel is at risk of being withdrawn from the market, according to ANP
next post Machine for producing green hydrogen from ethanol or water will be installed at the University of São Paulo (USP)