DREAM – Is it worth insisting on an unlikely dream? 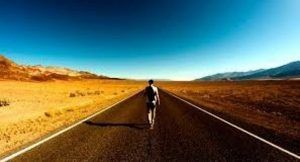 Is it worth investing in an unlikely dream?

DREAM – Is it worth insisting on an unlikely dream? Planning is the key to success.

Insist on a Dream – During some years of my life I had some ventures shall we say… “quite different from each other” and without much, or without any, connection. I worked as a martial arts teacher in several academies, I gave computer classes in schools of the branch, I worked as an administrative assistant in a vehicle maintenance company, I had my own computer companies, etc. well, none of that (like insisting on a dream) interest you don't you?

You must be thinking: “and what do i have to do with it”?

If it motivates you, and if you have the patience to read this little story until the end, it is likely to inspire you a little more.

In 2005 I participated in an internship interview, at the time I was 34 years old, at a large metallurgical company in the copper industry. Competing with me were about 10 more people. They were all much younger than I was, no more than 25 years old. All those professionals told me, with an air of certain tranquility, that they knew someone in that company. Oops! I didn't know anyone at that company. I thought I was wasting my time there, that I was called only to fill the quota of interviewees, and that the spot was probably already guaranteed for one of my competitors. I decided to continue anyway in the selection process.

2nd phase of selection – THE INTERVIEW.

Of the 11 competitors, only two people were called for an interview with the Occupational Safety managers the following day.

Guess? Me and another boy.

When I arrived for the interview, the guy immediately told me that his uncle worked at that company and that he was very calm and confident. It was as if he was warning me: "you're wasting your time crown, the spot is already mine". Faced with my yellow smile, I wanted to "punch" that boy in the face, but if I had already come this far, then I decided that it wouldn't be worth ruining everything, right?

My head “knitted” and I thought: what am I doing here? Once again I decided to move on and the guy only lasted 10 minutes in his interview. You may be thinking: “it's Luis Franco… in this one you're left”.

When it was my turn for the interview, I immediately asked if the engineers wanted the interview in English or Portuguese. In my head I imagined: “Oh, since I won't be called anyway, I'll show them the professional they lost”. They smiled and decided that it would be in Portuguese.

In the face of the many questions that I was asked, one I believed that, according to my answer, I would have been eliminated right there. The security engineer asked me the following:

what is your biggest dream (how to insist on a dream), and how do you see yourself in 5 years? (A cliché question from interviewers isn't it?).

>> I replied: “I see myself traveling the world for work, getting to know different cultures, people, customs, experiencing the most varied foreign cuisines, learning and understanding different points of view in relation to my work, sharing knowledge with international colleagues, etc. To achieve this I will have to work in an offshore company (working on board) and convince my bosses that I deserve such opportunities”.

The engineer, obviously, found it a bit strange and retorted (it was almost as if she asked me, how dare you?

>> How do you dare to answer that if you're applying for a job at a metallurgical company where they won't be able to offer you these opportunities to travel abroad? Are you telling us that as soon as you get the chance you're going to leave the company, even before you start? And if you can't reach this one of yours dream?

>> Well, this company does not promise to hire me after the internship is over. I need the internship to have my registration as a professional. As long as I'm working here, I'll do the best I can for the company. About mine dream I will get it. I just don't know yet when or how, but I'll get there for sure. I will not give up.

I was excused from the interview at that moment, which had already lasted more than 45 minutes, and I went home with the certainty that I had lost that spot once and for all. So I ended my reasoning for the day with the following thought: “I think I kicked the bucket”, but at least my soul is clean.

The next day I got a call from the company telling me I was hired. I won't lie, I I cried a lot in that day. After all, I had left my IT company to take a chance on a formal job and, like most Brazilians, I had been out of work for a long time, without money and with a wife and small daughter to support.

I spent two years in this company, I was hired as an employee, technician, official after the internship, and then I was called to a large multinational in the field of oil well drilling, earning more than twice as much and with several advantages and benefits that I I didn't even know they existed.

I traveled the world for work, visited more than 15 countries, took courses and acquired international certificates and went to the four corners of the planet. I have in my contacts friends and co-workers from all over the world, I have already tried several foreign delicacies (some even exotic), I had the opportunity to be part of the customs, beliefs, joys and sorrows of personalities from various parts of this world. “Just the way I always dreamed“.

What I want to tell you is that: don't doubt your dreams

Don't let them stop you. Do not listen to those who will try, and will surely try, to discourage you. "There are far more people in the sewer rooting for you to fail than there are in the stands cheering your walk."

Second Henry Ford, “ There are more people who give up than people who fail.”

Even if it takes time to happen, stay focused. The most important thing is that you remind yourself every day of your goal. A tip so you don't forget what you want is to write it down somewhere, put it on the agenda and program it for warn you every day, or every week. Today, with the advancement of technology, you can use one of the many “apps” for your cell phone so that your dream “hammer” in your mind as if to say: “Hi, remember me? You will still achieve it”. Research what you want, learn what it takes to get there.

Okay, okay, it's not easy, I was also afraid, I also wanted to give up, but the fear of “rowing, rowing, rowing and getting nowhere” was less than my desire for victory.

I managed to have, even without having a single clue that it would work, the enormous desire to experience everything that for years was only in my head.

At 46, today, I still have many dreams. Some are also difficult to reach and where many would say it's too late for me. Do you know what I think about it and about those who try to discourage me?

ANYTHING. I just keep walking.

The app on my cell phone warns me every day: “Hi, remember me? You will still achieve that.”

What is your dream (how insist on a dream) in the long term and what have you been doing to achieve it?

You will also FEEL BETTER when you read this: Ressignifying is necessary. Getting something good out of the situation will make you stronger.