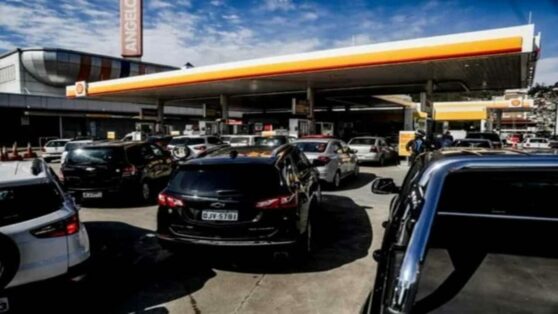 The scenario is still one of generalized high fuel prices throughout Brazil. It is worth mentioning the soaring price in the value of the liter of ethanol, where the increases surpass the increases in gasoline

According to the Ticket Log Price Index (IPTL) for the first half of April, the average prices of a liter of gasoline and ethanol at Brazilian gas stations increased by more than 2% compared to the end of March. Gasoline was traded at R$ 7,477, up 2,10% from the previous month. Ethanol, which in March was costing an average of R$ 5.687, presents a greater variation than gasoline (2.90%) and is already at R$ 5.852.

None of the country's regions showed a decrease in the average price of gasoline and, even registering the smallest increase (1.72%), the Nordeste again sold the most expensive gasoline in Brazil, R$ 7,589. As in March, the South continues to lead the cheapest gasoline, sold at R$ 7,104, up 2,51% compared to last month.

As with gasoline, the price of ethanol did not decline in any state. The region that presented the most expensive average value in the period was the North (R$ 6.147). On the other hand, the northern posts registered the smallest increase among the five regions (1.49%). Stations in the Midwest, on the other hand, had the lowest average price for a liter of ethanol, sold at R$ 5.451, up 3.41% compared to March.

"The scenario is still of generalized high fuel prices across the country.. It is worth mentioning an important change in the behavior of prices, when we identified that the value of the liter of ethanol soared and, with the exception of the North Region, the increases surpassed the increases for gasoline. Despite still appearing in the ranking as the highest average price for gasoline, according to the latest Ticket Log survey, there was a respite from the consecutive increases identified in the Northeast gas stations in recent surveys”, highlights Douglas Pina, General Director of Mainstream of the Fleet and Mobility division of Edenred Brasil.

Ethanol also continued to rise and no state showed a reduction in the value of the fuel. The biggest increase in price was recorded in Sergipe, trading at R$ 6,173, up from 6,87%. Pará sold ethanol at the highest average price, R$ 6.677, and the lowest average was recorded at São Paulo gas stations, R$ 4.894.

“In addition to ethanol being considered the most favorable option for fueling in São Paulo, Minas Gerais, Mato Grosso, Mato Grosso do Sul, Goiás and Piauí, in April the fuel also became more interesting for drivers in Paraná, according to IPTL” , concludes Pina.

O IPTL It is a fuel price index based on supplies made at Ticket Log's 21,000 accredited service stations, which is highly reliable due to the number of vehicles managed by the brand: 1 million in total, with an average of eight transactions per second. Ticket Log, Edenred Brasil's fleet management and mobility solutions brand, has more than 30 years of experience and adapts to customer needs, offering modern and innovative solutions in order to simplify daily processes.