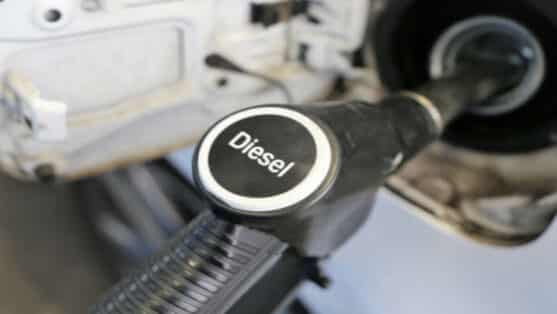 Setcemg's projections point out that the readjustment in the value of the liter of diesel announced by Petrobras will bring an increase in the costs of the entire cargo transport logistics chain, causing a great impact on the national and international trade sector.

With the average increase of 8.87% over the diesel price announced by Petrobras and started last Tuesday, (05/10), the Minas Gerais Cargo Transport and Logistics Companies Union (Setcemg) made projections for the futures market. Thus, the agency points out that this adjustment will cause an increase in cargo transport with the new dynamics of the logistics chain within the segment.

Increase of R$ 0.45 in the average cost of a liter of diesel at Brazilian gas stations, announced by Petrobras, will change the logistics of cargo transport and will make operations more expensive

Petrobras recently announced a series of changes and readjustments in fuel prices and diesel suffered an average increase of 8.87%, which represented an increase of R$ 0.45 per liter in the national posts. Thus, cargo transport logistics companies will have to adapt after the decision, since there will be an increase in costs for this fuel, as is already being foreseen by Setcemg.

This readjustment demonstrates yet another growth in fuel prices, since diesel has already accumulated a high of 47% in the year at Petrobras refineries. And, with that, the entire cargo transport logistics chain will be affected, since companies may not be able to sustain this increase in prices. This happens because diesel is one of the most relevant fuels in this segment and represents about 35% to 40% of the costs of cargo transport companies, bringing a serious impact to the sector.

In this way, the logistics chain will be affected as companies will need to increase the cost of freight freight, to compensate for the average increase of 8,87% in fuel costs. The president of Setcemg stated, in this regard, that “Cargo transport and logistics companies have to pass on this increase. Unfortunately, we cannot insure certain costs that we do not have control over, such as diesel. This increase of 8.87% will increase the fuel value by R$ 0.44 to R$ 0.45.”

The month of May is already a month of great instability in the national market, since it is marked by major changes in the costs of materials and labor. And, with the adjustment in the price of diesel made by Petrobras, the next few weeks will be extremely important for the adaptation of the national market in relation to values around the logistics of cargo transport.

Setcemg also highlighted during its comments on the increase in fuel prices that not only the cargo transport segment will be affected, but all freight logistics in Brazil. This means that public transport will also have to readjust their values to cover diesel price increases, further increasing mobility costs for Brazilian workers and citizens over the next few months.

Finally, the union also brought up the seriousness of the current moment and especially of the month of May and stated that in decades of acting in this segment they have not experienced a situation of such volatility and instability in fuel prices. Now, what is expected is that the Federal Government and Petrobras take measures regarding the current situation.

Tags: loadsDieselLogistics and TransportPetrobrastransport
previous post After buying a Shell unit in RJ and seeing shares evaporate, Raízen approves the construction of plants in SP and will be the only world producer to operate four cellulosic ethanol plants on an industrial scale
next post Privatization of Petrobras' oil refineries will make fuels more expensive in Brazil, according to TCU projections