per Paulo Nogueira
-
–
in Industry and Civil Construction 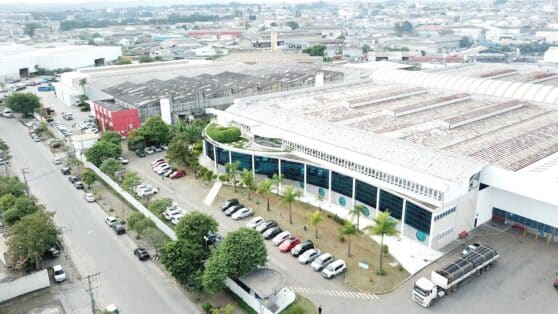 Incotep, a company of Grupo Açotubo that works in the development of prestressing and anchoring systems, used in geotechnical and structural applications, announces that the performance recorded in 2021 was the highest compared to the previous three years. Investments, mergers, acquisitions, team qualification and systems integration, resulted in the performance of the company, which currently has national reach and continues to bet on expansion to Latin America.

The growth also takes place at an important moment in the market: the recovery of civil construction, which ended 2021 with an increase of 9.7% in the sector's GDP, according to the Brazilian Chamber of Construction Industry (CBIC). To expand its operations in the market this year, the company remains focused on expanding the offer of solutions for the segment, as well as for the mining and energy sectors - in transmission line systems, and continues to bet on the leasing and engineering services that have been highly demanded by customers.

“Among the expansion initiatives that we have developed, there are investments of R$ 750 thousand announced last year, which resulted in the acquisition of new cylinders and hydraulic pumps, in addition to R$ 3.5 million in equipment such as a drill, press and expander”, highlights Fernando Del Roy, Director of Industrial Divisions – LATAM.

This year, the company also launched a line of digital torque wrenches, equipment used to measure torque (force) in works using helical piles. According to Del Roy, until the end of the year, R$500 thousand will be invested, to guarantee that the initial demand will be met with exclusivity in the commercialization of this equipment in Brazil.

Another recent investment focused on the recovery of the civil construction sector was the Munck truck, which helps in the unloading of heavy equipment, which cannot be done manually, and which will facilitate work on construction sites.

To validate these new tools, Incotep invested in the development of a testing sector with the objective of certifying the equipment. The area has a device responsible for simulating prestressing and testing hydraulic cylinders, blocks and claves.

The company is also proceeding with the modernization of its helical pile manufacturing plant. With this, the equipment must guarantee a perennial demand for this type of solution.

In addition to bringing to the market a machine that innovates the way of producing Cordoalhas Tie rods, with anti-corrosion protection, made according to the project and the work schedule.

Exports and internationalization are also part of the company's plans, which have a partnership with the Peruvian SPG (Systemas de Perfuracion y Geotecnia), for the expansion of business in Latin America. The region is strategic for Incotep, being one of the main markets in which the company will focus in the coming years.

According to Del Roy, the deal also opens the way for new plants in other units of the Group, such as tubes and steel, connections and stainless steel. “The partnership was essential to our local strategy, which gave us the motivation to continue our growth. The expectation is that the region will represent 30% of Incotep's revenues”, he says.

To this end, an investment of around two million dollars is planned for the partnership over the next three years. After this period, the intention is to have another plant in a strategic location, in order to completely cover South and Central America.

The company's results are also a reflection of the Group's constant investments in technology, with the implementation of systems for optimized management of processes. Now, Incotep is fully integrated with the IFS, a system that has the function of standardizing processes and improving communication between departments, with a technology specialized in manufacturing management. With this, the company will have a more agile and optimized control, fundamental for decision making.

“IFS was already operating in other areas of the Group, such as the Connections, Solutions and Tubes and Steel units. Among the key benefits for Incotep are the optimization of IT costs, greater transparency, data security, better collaboration and workflows, complete customization, improved planning and reporting which, of course, results in more efficient customer service.” , says Valdemir Raymundo, Technology Manager at Grupo Açotubo.