In order to make investments in the solar energy sector viable and increase jobs and income, Minas Gerais acquires credit of R$ 405 million

per Roberta Souza
-
–
in Solar energy 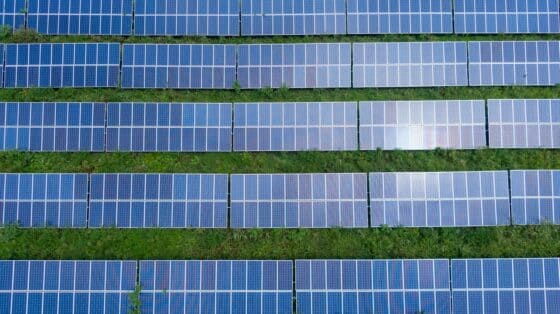 It was released this Thursday (5th) by the Brazilian Photovoltaic Solar Energy Association (Absolar) and by the Minas Gerais Development Bank (BDMG), that the state of Minas Gerais will obtain credit of R$ 405 million for investments in its solar energy field. The money was collected by BDMG, together with the European Investment Bank, and aims to enable new investments for the Minas Gerais territory, as well as the generation of more jobs and income for its population.

The resource was also dedicated to encouraging the development of business opportunities for entrepreneurs and increasing the reach of solar energy to consumers, whether intended for residential, commercial, industrial or agricultural use. Companies interested in accessing the funds must undergo a credit analysis carried out by the bank, following technical market parameters.

As announced by the president of the Development Bank of Minas Gerais, Marcelo Bonfim, the capital made available by the institution will ensure a greater insertion of solar energy in the state of Minas Gerais, in addition to guaranteeing the electric supply of the population.

Bonfim also mentioned that, in 2022, the bank has already invested an average of R$ 80 million in energy efficiency projects and production of clean energy. According to him, the institution will continue to identify ways to diversify the state's energy matrix, boosting regional growth in line with the UN's Sustainable Development Goals.

Furthermore, Rodrigo Sauaia, executive chairman of Absolar, pointed out that the production of solar energy has already led to more than R$ 8.8 billion in new investments in Minas Gerais since 2012, which has resulted in the generation of more than 50, 6 thousand jobs and enabled the collection of more than R$ 1.8 billion to the public coffers.

Sauaia also added that Minas Gerais, a leader in medium and small-sized solar energy production, is responsible for 16.8% of all installed solar energy in the modality, with around 1.7 gigawatts (GW) in operation. in residences, businesses, industries, rural properties and public buildings.

According to the president of Absolar, the state of Minas Gerais has 148,717 operational connections, spread over 850 cities, which represents 99.6% of the 853 municipalities in Minas Gerais. Sauaia added, finally, that, nowadays, 198,854 electricity consumers already have a lower electricity bill, greater autonomy and more electrical reliability.

For the state coordinator of Absolar in Minas Gerais, Bruno Catta Preta, the expansion of solar energy in Brazil, through big plants and by its own production in homes, small businesses, rural properties and public buildings, it is essential for the social, economic and environmental development of the country.

Bruno Catta Preta defends the diversification of the Brazilian energy matrix, which is very dependent on water resources

According to Catta Preta, the diversification of the energy matrix from renewable sources also contributes to the variation of the country's electricity supply, in order to reduce the pressure on water resources and the probability of a red flag in the population's electricity bill. .

Finally, the coordinator concluded that Minas Gerais is, today, an important center for the development of solar energy and that photovoltaic technology has an enormous potential for expanding jobs and income, attracting private investments and supporting sustainability and combating climate changes.