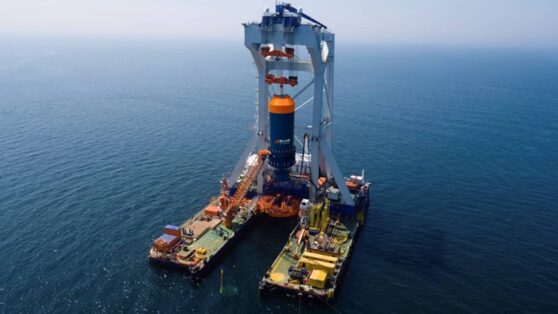 Petrobras not only broke a new paradigm in the construction of offshore wells, but also marked a new stage in the revitalization of mature oil fields.

Petrobras, one of the largest oil companies in the world, announced in a relevant fact to the market, on April 19, that set a national record in the time to build a well in deep water, reaching the 35-day mark, in the Marlim field, in the Campos Basin. For comparison purposes, the previous record in the country was 44 days, set in 2021 at the Golfinho field, in the same basin.

According to the Brazilian oil company, in Marlim, the historical average in the last 20 years in the construction of wells was 93 days, indicating a reduction of 63% in that period. This performance generated savings of around R$ 40 million for Petrobras, considering the reduction of costs in logistics expenses and in the rent of rigs, whose daily rate is around R$ 1.5 million, in addition to the reduction of workers' exposure to risk .

The 7-MRL-233H-RJS well is part of the Marlim and Voador fields revitalization project and is located at a water depth of 850 meters – equivalent to the height of 22 stacked statues of Corcovado -, 150 km from the coast. “With this record, the Petrobras not only broke a new paradigm in the construction of wells, but also marked a new stage in the revitalization of mature fields. Any reduction in the construction time of a well is synonymous with a significant reduction in costs and value generation, as this activity is equivalent to approximately 30% of investments in Exploration and Production”, evaluated the Director of Production Development, João Henrique Rittershaussen.

The result also reflects the application of a new methodology in the selection of well configurations – more optimized, efficient and with faster results. The objective is to reduce the cost of well construction and optimize the Net Present Value (NPV) for the project.

Construction of this well is part of the largest recovery program for a mature asset underway in the global offshore industry.

THE construction of this well is part of the largest recovery program for a mature asset underway in the global offshore industry: the revitalization of the Marlim and Voador fields. A field is considered mature when it has passed the peak of its production. The Petrobras project provides for the interconnection of 75 wells and the installation, in 2023, of two FPSO-type platforms (floating oil production, storage and transfer system), with the capacity to produce, together, 150,000 barrels of oil per day ( bpd).

“Marlim is expected to represent a watershed in large-scale mature field recovery projects, paving the way for the company to invest in other similar initiatives. Even after completing 30 years of production, the field continues to renew itself and bring new opportunities to the company”, concluded Director Rittershaussen.

According to Petrobras, with operations started in 1991, Marlim is the Brazilian asset with the highest accumulated production, with almost 3 billion barrels of oil equivalent, and the first Petrobras project to receive the award granted by Petrobras. Offshore Technology Conference (OTC) – considered the Oscar of the world industry – in 1992, for the set of innovative technologies applied in the field.