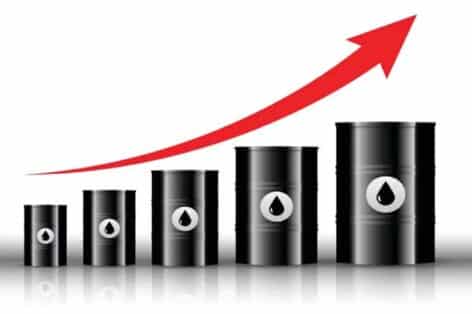 Even with the conflicts between Russia and Ukraine, which have disrupted the global economy, Brazil can still benefit from the rise in oil prices, as an escape route from the shock of its own economy, data are from the International Monetary Fund ( IMF).

This year it is possible that Brazil will be able to benefit from the rise in oil, ending 2022 with a growth of 0.8% in the economy, according to a report by the International Monetary Fund (IMF), which was released last Tuesday, 19th. However, Brazil should continue with high inflation (8.2%) and 13.7% unemployment rate, according to IMF forecasts.

Brazil benefits from high oil prices and could boost economy

According to the study carried out by the World Economic Outlook, it shows that Brazil's current growth projection is 0.5% higher than the estimate released in mid-January, whose forecast was only 0.3% for the year. However, the value is almost half of that quoted in the forecast that was made about 6 months ago.

As of mid-October 2021, the IMF predicted that the country would grow by at least 1.5% in 2022. IMF research director Pierre-Olivier Gourinchas told a news conference that the country has one of the lowest figures for to the growth of the region. Gourinchas also said that this happens due to an aggressive cycle of tightening the Brazilian central bank, which uses this to contain strong upward pressure on prices.

However, the IMF research director reported that Brazil remains a major oil exporter and is undoubtedly benefiting from the rise in oil and energy prices.

The IMF had to downgrade the growth forecast for the global economy, which was from 4.4% to 3.6%, compared to the report made in January. According to the IMF, almost all the countries that were analyzed had a worsening of perspectives, due to the War between Russia and Ukraine. Russia, the initial pivot of the conflict, has been the target of numerous international sanctions, which could cause its economy to shrink to 8.5% later this year, amid an annual inflation of 21.3%.

The impacts on the economy due to the war, which started in February, have spread to other countries. According to the IMF, Russia is a major supplier of oil, gas, and metals, as is Ukraine, a major supplier of wheat and corn. With the war, there is a drop in the supply of these commodities, causing prices to rise every day, while the war lasts.

All this was pointed out in the IMF report, which also spoke about the rise in fuel and food prices, which will affect low-income households on a global level, something extremely worrying. Inflation should be around 5.7% per year – as of this year 2022 – in advanced economies and around 8.7% in developing countries. The IMF forecasts an increase of 8.2% in prices throughout 2022 and 5.1% in 2023, in Brazil alone.

Oil price on the international market

About a year ago, the oil barrel price on the international market it cost around US$ 60. But now, after the war between Russia and Ukraine, oil is in the range of US$ 100.

The deputy director of research at the IMF, Petya Brooks, spoke about the Brazilian presidential elections, which are already approaching. Brooks reported that any kind of electoral and political uncertainty are negative factors for growth in the country.

According to the latest edition of the Central Bank's Focus bulletin, the growth forecast is 0.5% of GDP. Brazil, in mid-February, pointed to an unemployment rate of 11.2%. In the following month, inflation reached 11.3%, according to IPCA data, calculated over the last 12 months.