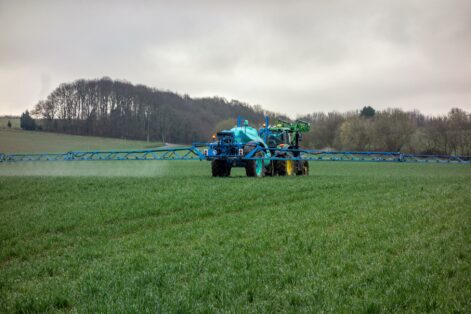 Seeking to reduce carbon emissions and save money, Australia has opened a factory that has the ability to convert human waste into fertilizer for agriculture and clean energy. The entire biosolid gasification structure is located in the Loganholme Wastewater Treatment Plant, in Logan City, Queensland, on Australia.

The project cost a total of U$ 20 million, around R$ 100 million at the current price. According to the company's board, the season it has the ability to “explode” human waste with extremely high heat.

The end product of this entire process is odorless biochar. The product can be used to manufacture fertilizers in agriculture and energy production. "The gasification process involves biosolids (sewage sludge) being dewatered, dried and treated at high temperatures. The heat generated from the process is then captured and used in the drying phase.” highlights the company.

Before the waste recycling process was installed, trucks took the waste to another location to be reused as a low-grade fertilizer. With the new project, the Australian city believes it will have a return of around U$ 1 million.

"Operating cost savings and carbon credits will return nearly US$ 1 million annually to the City of Logan, while a new revenue stream will be created from biochar sales”, declared the company's board. Furthermore, it is expected that the operation should result in a reduction of up to 6,000 tonnes of carbon per year.

Using organic matter to produce energy is not new

The idea of reusing organic matter or waste in industrial processes and other initiatives is not new. In February last year, for example, it was announced that a biogas installation on the south coast of England. The facility has the ability to supply electricity to a factory operated by Danish wind turbine manufacturer Vestas.

Most countries, especially first world countries, are working towards zero carbon emissions. But not everyone is confident that the world is ready to move away from fossil fuels for good.

This week, Bill Winters, CEO of Standard Chartered, said it was ridiculous and naive to believe that we could achieve zero carbon emissions. "Well, first of all it won't happen and secondly it would be very upsetting. The idea that we can turn off the taps and run out of fossil fuels tomorrow is obviously ridiculous and naive.”, he highlighted.

The CEO was even more controversial when he stated that all these changes, such as investing in clean energy, would be good for the environment, but bad elsewhere. “Bad for wars, revolutions and human life, because you would have… havoc.” highlighted.