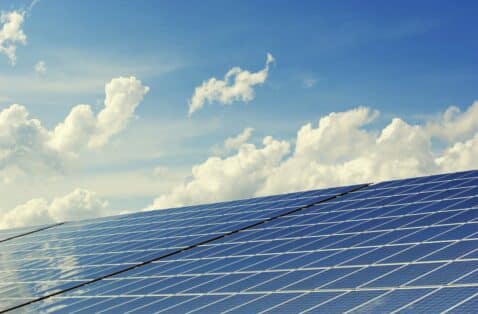 The consumption of solar energy allows great savings in the electricity bill of Brazilians, who invest in solar panels for their own generation

Eight Brazilian states have recently undergone electricity bill readjustments approved by the National Electric Energy Agency (Aneel), namely: Pernambuco, Bahia, Sergipe, Alagoas, Rio Grande do Norte, Ceará, Mato Grosso and Mato Grosso do Sul. The additions are a cause of distress for consumers, who are now looking for other energy alternatives, such as solar energy, in order to save on their expenses.

In the state of Pernambuco, the value of the electricity bill increased by 18,97% for low voltage consumers. The other seven affected states, in turn, also had their electricity bills increased at rates from 18% to 25%.

In this way, the increase in expenses with the electricity bill made many Brazilians look for alternative energy sources, which favored the expansion of other energy sources.

The president of the Brazilian Photovoltaic Solar Energy Association (Absolar), Rodrigo Sauaia, stated that the solar source is currently increasingly sought after by consumers due to the fact that it is more economical to produce energy from the sun than to buy it from other companies. Thus, according to Sauaia, it allows consumers to save directly from their own pockets.

Solar energy generation in Brazil practically doubled between 2020 and 2021. Today, there are 161 solar plants active in the country and 99 under construction.

This energy sector generated 15 gigawatts of energy in the national territory and intends to increase its production, from the investment of R$ 50 billion and the creation of 300 thousand jobs, according to Absolar.

Also according to Rodrigo Sauaia, the solar energy production sector broke records even in years of pandemic in the country. From 2020 to 2021, there was growth from 8,000 megawatts to 13,500 megawatts, which made the last year the best in the history of Brazil in terms of solar energy generation. According to him, the goal now is for growth to be even greater in 2022, so that this year represents a new record and becomes the best for solar energy in the country.

The main responsible for the increase in the production of solar energy in Brazil are the systems of own production, although the large solar plants can impress for their grandeur and technology. Solar panels are able to generate energy both by the direct incidence of the sun's rays on the upper side, and by the reflection of light on the underside.

In total, around 860,000 Brazilians produce their own energy, whether on the roofs of houses, on land, in the city or in the countryside. As an example, the case of the farmer Maria Francisca de Lima, who lives on a farm in São Lourenço da Mata, in Greater Recife, can be mentioned. Her residence started to use solar energy after the donation of four plates by a group of friends, since, until December of last year, Maria did not have access to electricity. Mário Carlini, owner of a bakery and a snack bar, also decided to invest in solar energy and today he is reduce your account expenses of light. In an interview with G1, he stated that the decrease in his electricity bill will reach 60% thanks to the 28 solar panels installed on his roof, in addition to expressing the wish to have made the investment earlier.

Tags: electricity billRenewable energySolar energy
previous post Rising inflation and stabilizing the minimum wage makes it difficult for Brazilian citizens to purchase fuel
next post Human waste will be 'exploded' for the manufacture of fertilizers and energy