Helisul Aviação invests in the inauguration of the drone market in Brazil: company is a pioneer in long-distance transport of heavy loads

per Daiane Souza
-
–
in Economics, Business and Politics, Logistics and Transport 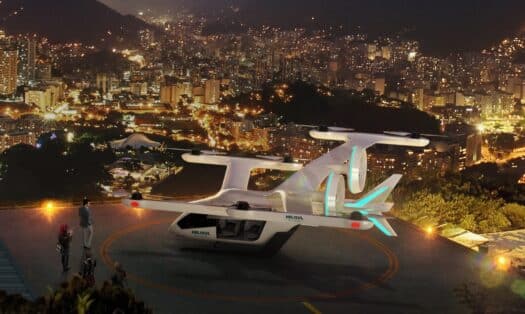 Helisul Aviação invests in the inauguration of the drone market in Brazil: company is a pioneer in long-distance transport of heavy loads – Source: Pixabay

Helisul Aviação is one of the pioneering companies when it comes to the area of cargo transport drones. In short, it has been investing in the external cargo transport market, fire fighting, security and other factors that are carrying out gas pipelines and line inspections for some years.

The inauguration of Helisul Aviação's new investment is scheduled to take place during the Drone Show, an event scheduled for May 17th and 19th. The meeting will take place at the Frei Caneca Convention Center, in São Paulo (SP). Now, one of the news that should be announced by the brand is about the transport of heavy loads together with the displacement of long distances.

The area of drones is increasingly standing out in the Brazilian market and has been gaining investment in research that investigates more about its safety and improves the quality for performing services. That way, it is estimated that it is possible to be able to meet the high demands of weights and flights over more expressive distances.

Helisul Aviação has been in the market for more than five decades, always investing in cutting-edge technology and engineering

The video above celebrates the 40th anniversary of Helisul Aviation. In short, the institution published it 8 years ago and it shows more about the developments that have been carried out by the institution since its birth.

Market is promising and investments are more than necessary

According to what was informed by the head of Helisul Drones, Lucas Fontoura, the market has been showing promise and now There are already technologies aimed at transporting cargo through aircraft without the presence of pilots. That is, you can monitor where you are and where you are going completely remotely, thus ensuring more practicality and security for all the people who are gathered. Not to mention that it brings more economy to the processes.

The Executive insists on saying that Helisul has the advantage that other brands still do not have, which is the production of items that are more sophisticated and automated. I.e, demand a high level of rigidity to carry out their processes. then the transport safety cargo is occupying increasing levels and require high responsibility.

Lucas says it takes a number of engineers and experts working together to get everything working and heavy weights to be safely lifted off the ground. It takes years of research to work in this network. According to him, it is precisely in this niche that the brand is relying and intends to embrace in the coming years.

Understand more about the company

The institution would have been founded during the beginning of the 70's and received the name of Tropical Air Taxi. The initial intention was to start operating only with transport that would take place in Foz do Iguaçu and that would be creating partnerships with a hotel company in the region.

However, it was during the 90s that they managed to expand even more in the market in which they were operating. Making sure, then, that there would be an increasingly specialized team for automation and technological development of cargo and drones. Now, they already have more than 14 bases distributed in several Brazilian regions, such as São Paulo and Santa Catarina, mostly through capital cities.

Now, they operate in all specialized air services (SAE) and ground support for third-party aircraft (FBO). In other words, they manage the charter of aircraft – more than 50 of which are managed by the institution – aeromedical transport and other related areas.

Tags: drone
previous post Brazil taxes scare! Data show that 50% of company spending is on electricity sector taxes
next post After bringing manufacturing from the USA to Brazil, multinational Bosch offers hundreds of vacancies for high school, technical, higher education and internship in its factories in SP, Curitiba and more Brazilian regions, this April 29