Hackers attack charging stations for electric cars, Automotive Industry will have to spend around R$ 50 billion by 2030 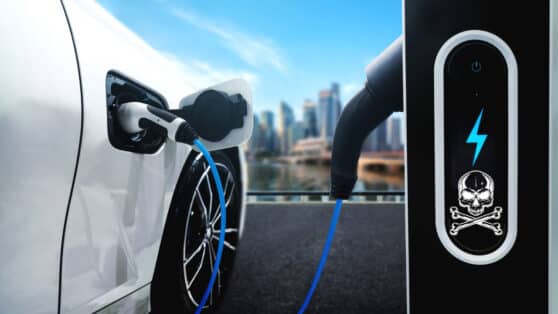 Hacker attacks on electric car charging stations are becoming more and more common, and now the automotive industry must invest even more in cybersecurity.

Brazil's relegation in the production sector and even in the consumer market generated advantages, as we stayed away from problems with electric cars, as is the case with recent hacking attacks on charging stations. These recent events have turned the yellow light on for distributors and suppliers in foreign countries. According to Yoav Levy, CEO of Upstream Security, an Israeli company that provides security and data management for connected vehicles, in 2021, more than 80% of hacker attacks recorded worldwide were carried out remotely, making the automotive industry start making new investments in cybersecurity.

The specialist in strategic management for corporations, NGOs and governments, McKinsey & Company, released research in 2021, predicting that revenue for security against hacker attacks in the automotive industry alone would reach US$ 9.5 billion, equivalent to R$ 48 .1 billion by 2030. According to Levy, hacker attacks on electric car charging stations are growing and could become more common, from now on and as electric car sales expand, the points cooldowns become very vulnerable targets.

According to Robert Nawy, Chief Executive Officer (CEO) of IPKeys Cyber Partners, a provider of OT/IT intelligence and infrastructure protection platforms, the amount of stations for electric cars are expected to increase from 1.6 million points last year to 2.1 million points by the end of this year, but there is a certain neglect of security.

The executive points out that the leak of just one password cost Colonial Pipeline US$ 4.4 billion, charged as a ransom after hacking attacks, which had interrupted its supply to the entire eastern region of the country.

Now, just imagine what a hacking attack could do, leaving every charging station in California down. As can be seen, safety in the automotive industry is a new topic and regulation, so far, does not cover all threats.

On the Isle of Wight, on the south coast of England, the local council had to apologize when charging stations started showing pornographic content. According to Professor Chadi Assi, a researcher at the Concordia Institute for Information Systems Engineering, in practice, in hacker attacks, criminals can obtain data from the owners of electric cars that connect to a charging network and even interrupt the supply. of the service.

In case of Tesla hacker, For example, discovered that he could use a generic program to be able to access Tesla models and control some of their features, such as opening doors and windows, and also turning off Sentry Mode.

According to Chadi Assi, 16 different vendors were evaluated and vulnerabilities were found in the firmware of the chargers themselves, as well as in the mobile and web applications used to access them.

More worryingly, none of the models tested were found to be immune to hacker attacks. All can be hacked and infected by malware that can remotely trigger or disable them.

Worse than personal injury is the risk of multiple electric car stations being invaded at the same time, overloading the local grid and leading to blackouts.

Tags: electric carEletric carshackersautomotive industry
previous post Paralysis of the access channel prevents the transport of cargo by ships in the ports of Itajaí and Navegantes
next post Twenty BYD electric buses begin to circulate in the Metropolitan Region of Salvador