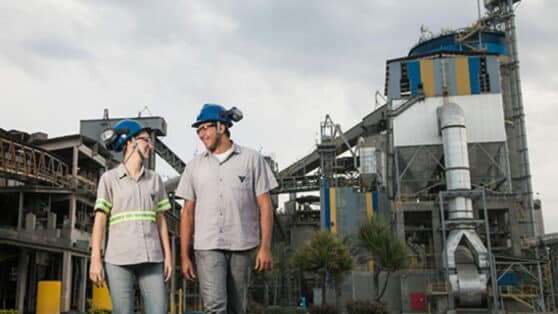 It is estimated that the investment by the Votorantim Group will generate around 10,000 job vacancies in the municipality of Paulista

Grupo Votorantim announced that it will make an investment of R$ 200 million in a development in the city of Paulista, more specifically on Maria Farinha beach. It is estimated that the investment will generate approximately 10,000 direct and indirect jobs in Paulista.

In a meeting with Yves Ribeiro, mayor of Paulista, held on April 19, Votorantim representatives presented the investment project, which will be a real estate project that will have a medium and high standard commercial, residential and cultural structure. In addition, the investment will also have a gastronomic hub.

It is estimated that the project area will have more than 400 thousand square meters. In addition, the development in the municipality of Paulista will include a stretch of Maria Farinha beach. The project will be built on one of the lands owned by Grupo Votorantim and which have the capacity for sustainable real estate development.

according to Pernambuco diary, in September this year the first stage will begin, which will have an investment of approximately 600 million. It is expected that the works will be concluded in 2025 and that the final investment will be R$ 200 million.

It is estimated that this stage will be completed later this year. “By the end of the year, we intend to complete and complete the approval cycle, according to the legislation, as well as the environmental licensing of the area. From there, we will be able to start the cycle of works and do everything in line with the government of Mayor Yves Ribeiro”, he concluded.

The mayor of Paulista, Yves Ribeiro, celebrated Votorantim's undertaking. According to Yves, the Municipality of Paulista has spared no efforts to make Maria Farinha become a construction site that will boost the region and enhance the North Coast.

According to the company, Votorantim is a permanently capitalized investment holding company with long-term business. With its diversified portfolio, Votorantim is present in several sectors of the economy and operates in 19 countries.

With almost a century of activity, the Votorantim Group is a leader in most of the markets in which it operates and has consolidated itself as one of the largest business groups in Brazil.

Votorantim generates more than 44 thousand jobs in the world, most of which professionals who work in Brazil. Together, the eight investee companies Votorantim Cimentos, Votorantim Metais, Votorantim Siderurgia, Votorantim Energia, CBA (Companhia Brasileira de Alumínio), Fibria, Citrosuco and Banco Votorantim are part of a business that encompasses more than 560 operational and administrative units worldwide, that form a huge value chain, responsible for the production of essential goods for the development of the economy and society.

Votorantim Cimentos, which makes use of a large part of discarded and useless urban waste in the recycling process, using it as a source of energy in the production of cement, announced that it is in talks with a plant in SC, the Usina de Processo de Waste from São Bento do Sul, located in the Brasília neighborhood. The intention of the largest cement company in the country is to produce carbon neutral concrete by the year 2050, replacing fossil fuel, in addition to expanding the use of renewable energy in its operations. To learn more, read this article in full by clicking here.

Tags: investmentsJobsVotorantim
previous post 95 free courses certified by Fundação Bradesco in the areas of Administration, Accounting, Education, Technology and much more
next post Unipar, a Brazilian petrochemical company, develops energy self-production projects with the construction of wind and solar parks