Government releases gold and iron exploration in 19 border municipalities, for the growth of mining in the country 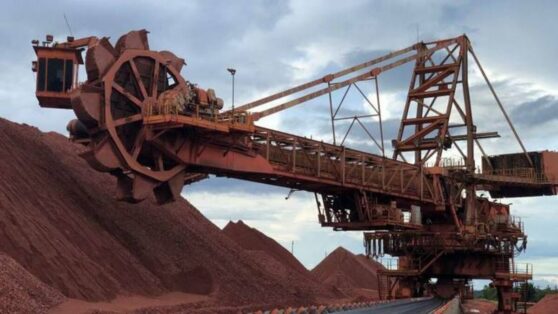 Through the publication of the Official Gazette (DOU), released on Monday (05/02), the Government authorized mining in border areas. In this way, around 19 municipalities will be able to receive projects aimed at the exploration of gold, iron and other minerals. Furthermore, the Government intends to continue advancing the sector in order to attract new investments for the growth of mineral exploration in Brazil throughout the year.

With the aim of attracting new investments to the mining segment throughout 2022, General Augusto Heleno, minister of the GSI (Institutional Security Office), authorized mining in areas border. Thus, municipalities in the states of Roraima, Mato Grosso, Mato Grosso do Sul, Rio Grande do Sul and Paraná will receive developments in the segment for the exploration of minerals such as gold and iron.

The concession was announced during the release of the last Federal Official Gazette, this Monday, and represents a new move by the Government for the growth of the sector in the country. In addition, Augusto Heleno is executive secretary of the CDN (National Defense Council), a collegiate body that advises President Jair Bolsonaro (PL) on defense and sovereignty issues, and has been seeking new strategies for mining in Brazil. The executive is also responsible for releasing mineral exploration projects in the national territory and the mining of gold and iron in border areas was an initiative conceived by him.

Although this is considered a hasty attitude by part of the segment, the general believes that it is the best way to attract new investors to the sector. Thus, with the granting of licenses, the exploration of ores such as gold, marble, granite, limestone, manganese, iron and dolomite was allowed in 37 border areas in Brazil. The cities that will be contemplated with the ventures in the sector border the countries of Paraguay, Venezuela, Guyana, Suriname, Bolivia, Argentina and Uruguay and will now enjoy the benefits of this announcement for the local economy.

The Brazilian Mining Institute (Ibram) had announced the next major plan for the segment and stated that investments by the mining industry in Brazil should total US$ 40.44 billion in the period from 2022 to 2026. In this way, the search for new ventures and projects within the sector is done highly needed so that this amount is reached at the end of the 5-year period proposed by Ibram.

With this, the cities that will be contemplated with the advance of mining and exploration of gold and iron will be: Bonito, Corumbá, Miranda and Jardim, in Mato Grosso do Sul; Aceguá, Bagé, São Gabriel, Santa Margarida do Sul, Caçapava do Sul, Vila Nova do Sul and São Sepé, in Rio Grande do Sul; Caracaraí, in Roraima; Poconé, Araputanga, Rio Branco, Porto Esperidião and Cáceres, in Mato Grosso and Foz do Iguaçu and Coronel Vivida, in the state of Paraná.

With this, the Government intends to continue with investments in mining with a focus on gold and iron, since the expected amount for the segment is US$ 13.6 billion, for the development of new ventures and projects in the area.