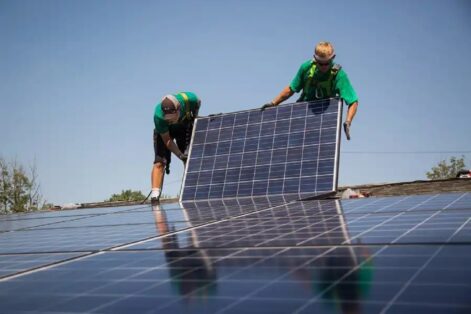 The Government of Rio de Janeiro announced that it intends to invest R$ 80 million in the state's solar energy sector to generate jobs, income and more sustainability.

The government of Rio de Janeiro announced this Friday (07) that it will invest R$ 80 million in investments in solar energy projects. The investments aim to insert RJ in the generation route of renewable energy, in addition to generating new job vacancies, attracting companies and developing more business opportunities. The resources will be in a fund structured by the State Development Agency (AgeRio). The decision was taken at a meeting of the Secretariat for Economic Development, International Relations and Energy with representatives of the concessionaires Light, Energisa, Enel, Codin and AgeRio, as well as businessmen in the sector and representatives of the Brazilian Solar Energy Association (Absolar).

For the governor of Rio de Janeiro, Cláudio Castro, the state has the potential to become a reference in clean energy and renewable like solar energy. Encouraging energy generation from this source is part of the government's commitment to the sustainable development of the state, which can become a reference in Brazil's energy transition to a more diversified and renewable matrix.

In addition to the various benefits to the environment, solar energy, because it is low cost, generates greater savings for the final consumer. In addition, it works to generate employment and income for the people of Rio de Janeiro.

According to the executive president of Absolar, Rodrigo Sauaia, investments by the government of Rio de Janeiro also provide for a greater insertion of the source in the region, with the objective of diversifying the electrical matrix of the State and also ensure the energy supply for the population of the region.

According to Sauaia, in practice, the objective is to intensify and improve the development of projects and public programs for the advancement of solar energy in the state. Therefore, the social agreement with the government of Rio de Janeiro expands collaboration in favor of environmental, social and economic development.

According to the president, since 2012, the state's own generation of solar energy has attracted around R$ 1.9 billion in investments and has also generated more than 10,000 jobs, raising more than R$ 451 million to the public coffers.

The use of solar energy in Rio de Janeiro has gained prominence due to the high rate of solar irradiation, favoring the generation of this type of renewable energy. The drop in the price of photovoltaic solar energy systems in recent years has made their purchase increasingly affordable from a financial point of view.

In addition, government incentives for the use of energy in the state of Rio de Janeiro have been more explored, as well as the option of financing for the purchase and installation of solar energy systems. According to the National Electric Energy Agency (Aneel) and Absolar, the state is in 7th place in the ranking of states in solar energy. Its current installed power is 324,221.93 kW, corresponding to 4,17% of the Brazilian energy matrix.

O Rio de Janeiro it is already the 4th state in Brazil in terms of number of installed solar systems. In total, there are more than 33,000 homes using the source in the state, 624 rural properties, 2,592 businesses, 148 industries, 80 systems installed, among others.