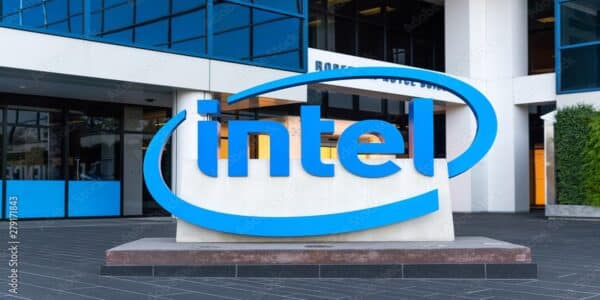 Intel, a giant semiconductor company, says it suffered a shortage in quarterly chip sales as PC purchases slowed. During the new COVID-19 pandemic, the company profited heavily from the shift to remote work and teaching, which generated a frenzy of desktop and laptop purchases, many of them using Intel chips. PC batches dropped by about 5% in the first quarter, according to data from International Data. This shows that a frantic 2 year demand may have reached its limit.

The company's PC chip sector noted that sales dropped 13%, about US$ 9.3 billion, according to a balance sheet released on Thursday. was mainly driven by a decline in consumer demand for low-end PCs, while corporate demand for PCs remained strong. The Intel CEO further said that the global chip shortage, which he previously predicted would last until 2023, is likely to last even longer as chipmakers struggle to buy enough equipment to ramp up production to to meet demand.

Pat says the shortage will last until 2024 as equipment shortages are affecting the industry's ability to increase supply at a steady pace. The Intel CEO also says that such challenges will not hinder the expansion of the industry he leads, Intel, which includes new factories in the US and Europe in future years.

Several sectors of the chip industry are being directly affected by the shortage of chips in the market, a scenario that has lasted since 2020 and gained even more strength during the new Covid-19 pandemic.

according to broadcastDespite the tireless efforts of several industry giants such as Intel, the plans for new chip factories as well as the expansion of existing chip industries will not change the situation in the short term, according to experts. However, a comfortable way to alleviate the problem is to improve yields in the chip manufacturing process, something that can be achieved thanks to a refined new printing technique.

Researchers in Singapore have found an alternative that could be useful to get around the problem of too few chips on the market. That solution is nanotransfer printing, a process that uses a mold to print metal onto a particular substance, which, in this case, would be the silicon wafer, through pressure.
The technique developed by the researchers has been used before, however, with a chemical adhesive layer that, in addition to causing surface defects when printed in large quantities, was harmful to the health of individuals. For these reasons, the technology ended up not advancing.
So, with new research, scientists were able to develop a chip printing process that exempts the use of chemicals. The result of the new research was an almost 100% wafer free of defects, meaning little or no chips are discarded in the middle of production.
The first tests done in the laboratory show that more than 99% of the chips produced with this newly developed technique are usable. Although the new method is still in the evaluation phase, the researchers who developed the idea already believe that this alternative can easily be designed for mass production by major chipmakers such as South Korea's Samsung and even Intel. This solution found by these researchers could help ease the chip crisis in a shorter time than expected.