German company Neuman & Esser announces venture focused on energy from renewable sources in Minas Gerais, where it will have a plant for equipment for green hydrogen

per Ruth Rodrigues
-
–
in Renewable energy 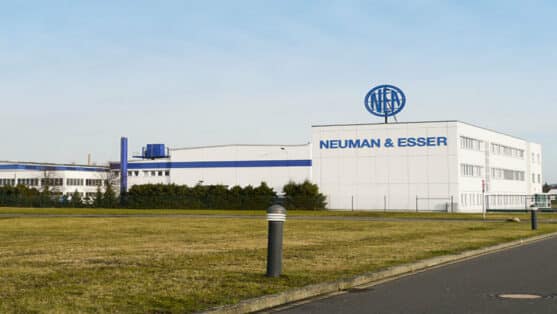 The state of Minas Gerais now aims to expand energy generation and a memorandum of understanding was signed with Neuman & Esser for the construction of a new renewable source venture, the green hydrogen equipment factory.

Recently, the government of the state of Minas Gerais met with the German energy company Neuman & Esser to sign a protocol of intentions. Until this last Friday, (29/04), the information officially disclosed was that the company will carry out the construction of a new factory for the construction of equipment for the production of green hydrogen, to expand the focus on energy generation from from a renewable source with the new venture.

After many years being a reference in the production of solar energy in Brazil, the state of Minas Gerais is now looking for new energy alternatives, with a focus on the renewable source of green hydrogen, and will be the stage for the new venture of Neuman & Esser. Thus, the German company will build a new factory in the state for the construction of equipment aimed at the production of this resource, aiming at the decarbonization of the state and the company operations over the next few years.

Thus, a protocol of intentions was signed between the company and the government of the state of Minas Gerais, with an initial investment of R$ 45 million that will be applied to the construction of the equipment factory aimed at the production of green hydrogen. A number of nations around the world are already encouraging the creation of hydrogen production and use projects aimed at reducing greenhouse gas emissions, and the German company is now looking to Brazil as the stage for this new venture.

The company also announced that the plant will be responsible for the construction of green hydrogen generators through electrolysis and ethanol and biomethane reformers, in addition to developing other technologies aimed at the segment of energy production through such a renewable source. Finally, the project is expected to generate around 75 direct jobs at the N&E factory, in addition to around 200 indirect jobs, thus contributing to the socioeconomic development of the state of Minas Gerais.

Green hydrogen is currently the most sought-after renewable source for energy generation with a focus on the decarbonization of processes and is up to three times larger than traditional fuels, in addition to being a very important element. abundant on our planet. In this way, it can replace gasoline or diesel to power vehicle engines and natural gas in the industry and the German company saw in the state of Minas Gerais a great way to expand its vision for this segment through the venture.

In turn, the Secretary of State for Economic Development, Fernando Passalio, commented that “The decarbonization actions of the current administration of Governor Romeu Zema are advancing, creating a reliable environment for the state to be a protagonist in this new green economy”. In this way, the government of the state of Minas Gerais reinforces its commitment to the production of energy from this renewable source and to the decarbonization of the current market.

The state was the first state in South America to commit to the global Race to Zero campaign to achieve net-zero greenhouse gas emissions by 2050, and sees the new Neuman & Esser plant as an opportunity to accelerate this process.