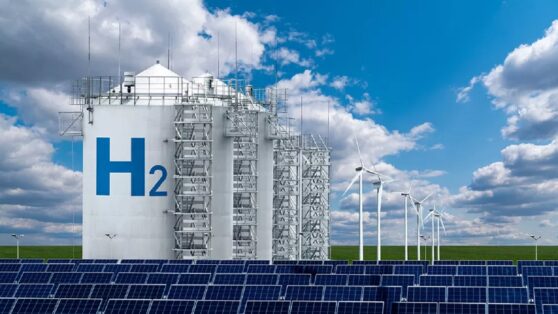 SENAI will promote the first courses on Introduction to Green Hydrogen, in the EAD modality, free and intended for the general public — Photo: shutterStock

The German agency, GIZ signed a cooperation agreement with Senai for the development of a Green Hydrogen Center in RN. Senai will be responsible for offering professional courses in the sector and training new professionals.

The German Agency, Deutsche Gesellschaft für Internationale Zusammenarbeit (GIZ) signed this Monday (9), a cooperation agreement with the National Service for Industrial Learning (Senai). The contract aims to develop the first Green Hydrogen Excellence Center, which will be installed in the city of Natal (RN). The project also aims to create 5 regional education and training hubs in the green hydrogen sector, which will be installed in the states of Paraná, Bahia, São Paulo, Ceará and Santa Catarina. The aim is to guarantee the necessary structure for the experimental production of the fuel of the future.

According to Markus Francke, director of the H2 Brasil Project, at GIZ, the hydrogen hubs located from north to south of the country demonstrate the Brazilian capacity to invest in professional qualification and in the training of new professionals for such a promising sector.

In Europe alone, for example, business and industry associations estimate that up to one million jobs will be created in the fuel value chain within the next decade. The responsible for coordinating the project will be the Center for Gas Technologies and Renewable Energies and Senai RN will be responsible for offering professional courses on production, transport, storage and application of green hydrogen.

According to the superintendent of International Business at Senai, Frederico Lamego, currently, the demand for green hydrogen is much stronger abroad, mainly in Europe. When this competence is developed in Brazil, there will be the possibility of also leveraging the internal need for technology by making its price more competitive.

In addition to Senai, GIZ also partners with Brazilian governments

The planned investment of approximately R$ 12.5 million until 2023 will be aimed at generating knowledge, developing laboratories and training multipliers and is part of the GIZ project called H2 Brazil, a partnership between the governments of the country and Germany to boost the expansion of the market for green hydrogen and its derivatives in the country.

According to Francke, the share of sustainable energy in the Brazilian energy matrix has been expanding every year and the trend is for this number to grow at the same time that production costs decrease. This excellent scenario demonstrates that the country has great potential to be a major global reference in the production of green hydrogen, being one of the largest exporters of the product.

In October 2021, Giz announced 34 million euros in investments in green hydrogen projects in its Brazil project, with a forecast of funding over two years for the construction of a pilot electrolysis plant with a capacity of 5MW.

In addition to GIZ, Vestas, a giant from Denmark, signed a memorandum of understanding with the government of RN in March to study the feasibility of implementing a port-industry with wind energy projects and green hydrogen in the state.

The agreement is the result of a visit that Fátima Bezerra, governor of the state, made to Denmark, in November of last year. The state also has a contract with Copenhagen Offshore Partners (COP), the investment arm of the pension fund. PensionDanmark, for an offshore project under licensing that will have a capacity of 2 GW.

The RN government also has a memorandum of understanding with Singapore-based Enterprize Energy for the development of offshore wind, green ammonia and H2V projects off the state's coast.

Tags: Hydrogengreen hydrogeninvestmentsRN - Rio Grande do Nortesenai
previous post Petrobras signs billion-dollar contract with Toyo Setal for a new diesel hydrotreatment unit, which promises to generate 6,000 jobs during construction work
next post CNOOC starts offshore exploration of its oil field in Brazil, which had investments around US$ 20 billion